Heading to Belarus in hope of a better life

Fear and hopelessness are driving thousands of Iraqis toward Europe via Belarus. But the journey is fraught with difficulties — starting with the cost. 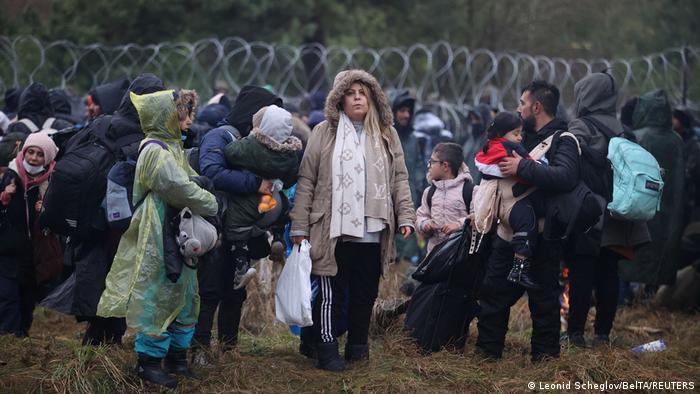 It was a lovely day last Wednesday in the Iraqi governate of  Salah al-Din, just north of the capital, Baghdad, with temperatures of around 30 C (86 F).

But Khaled* was packing his warmest clothes into a backpack. The 27-year-old Iraqi was set to leave for Belarus, where temperatures drop to below freezing at night.

However, since direct flights from Iraq to the Belarusian capital, Minsk, have been suspended since August, Khaled has to take the alternative "transit" route: from Iraq to Iran, then on to Georgia and from there to Belarus.

Two days earlier, Khaled had received his visa from a tourism company in Baghdad after paying $1,500 (€1,300) for the document.

It is not the first time that Khaled is trying his luck to obtain a better future in Europe. He previously reached Europe via Turkey and Greece in 2017, but it didn't work out and he had to return to Iraq. "But life here has no value or meaning," he said.

That is why he believes investing this amount of money is a small price to pay. And Khaled is by far not the only Iraqi who is willing to take the risks that come with the trip.

Iraqis use a different route than Syrians to get to Minsk, as visa requirements are different

Earlier this week, Abu Hassan already left Iraq with his two sons. The 53-year-old had paid $5,000 for three visas that allow them to enter Belarus via Turkey.

"Most Iraqis travel to Belarus either via Turkey or Iran, Qatar and Georgia, and in this case the visa alone costs between $1,500 and $2,000 per person," Mohammed*, the director of a tourism agency in Irbil, the capital of Iraq's Kurdistan Region, told DW.

In the past days, he has sent dozens of Iraqis to Belarus. The total price — including flight tickets and hotel reservations — can be as much as $5,000.

Syrians, for their part, have to take another route. "Most Syrians have to travel via Dubai, as it is difficult to get any other visa for them," Mohammed said.

One of his Syrian clients has just stayed in Dubai for three days before he continued on to Minsk. "He paid $4,500 for visas and tickets from Dubai to Minsk, in addition to hotel reservations in both countries," Mohammed recalls.

And recently, prices have soared even further.

When DW's Arabic service tried to book a flight from Irbil via Dubai to Minsk with one of the Gulf airlines, all flights for the coming seven days were fully booked except for one seat in the business class for about $4,500.

But that is by no means as expensive as it can get. Muhammed knows of tourism companies and airlines that work with human traffickers to get people to Belarus.

"We only work legally and with regular papers, but there are other companies that work with human smugglers to get their customers to Belarus and Germany in exchange for up to $17,000," he told DW.

To avoid such extortionate prices, some turn to a young Iraqi, Ahmed*, who has dedicated the past months to helping migrants from Iraq on their way to Belarus.

"Smugglers often leave them alone, and they are exploited because they don't know the language," Ahmed told DW.

So far, he has assisted around 100 people.

Ahmed, who speaks Russian after having studied in Russia for two years, offers his services for free.

For him, he says, the "only goal is that no one dies or gets lost."

Such help is often needed, as the situation near the Polish border is getting worse by the day. 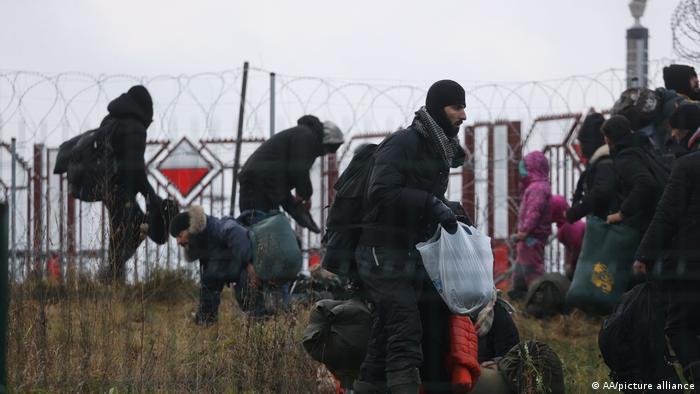 The situation in the region seems dystopian, with reports of deaths, pushbacks and bullets being fired.

From Minsk into the cold

As of this Friday, the Iraqi Ministry of Migration and Displacement estimates that between 4,000 and 8,000 migrants are currently stranded near the border of Belarus and Poland.

The majority of them are Kurdish Iraqis, Syrians and Yemenis.

Much international attention has been drawn to the region, and calls for action to resolve the situation have accumulated in the past days.

The Iraqi government has now announced plans to fly willing refugees from Minsk and Warsaw back to Iraq, according to the German public broadcaster NDR.

In addition, Iraq has revoked the license of the Belarusian honorary consul in Baghdad. This means that for now, visa applications for Belarus won't be issued any more.

These steps come as reports on social media show  thousands of people camping out in freezing temperatures in a Belarusian forest near the Polish border.

And because Poland had previously declared a state of emergency for this region, neither international observers nor humanitarian aid organisations and journalists were allowed to access and report from the border with Belarus until Thursday.

Videos on social media show footage of shootings and pushbacks into Belarus. Unconfirmed reports on Twitter say that several people have died, among them a 14-year-old boy who was said to have died of the cold on Thursday.

But even this information doesn't keep Khaled from trying, even though he can't rule out that he is going to be exploited by smugglers or beaten by the Belarusian or Polish authorities.

"None of this will prevent me from reaching Europe," he told DW.

In Europe, he hopes, he will "get my rights and be respected, and I will have a job and a society that appreciates me, since all these things are not available in Iraq."

Ali Ayad in Iraq contributed to this report.