Guest editorial: Who's opening the wounds of 1941?

Russian writer Viktor Yerofeyev describes the significance of the anniversary of Nazi Germany's invasion of the Soviet Union - and why June 22, 1941, is so perilously close to us today. 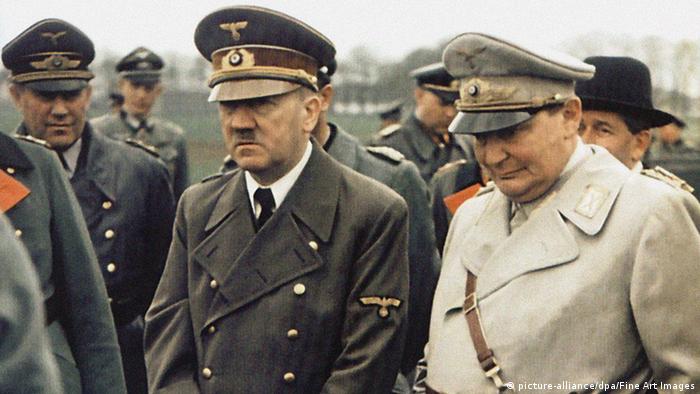 Adolf Hitler with Reichsmarschall Hermann Göring, Commander of the Luftwaffe

One could answer the eternal question of who was worse, Hitler or Stalin, like this: They were two flints that rubbed against one another setting off the sparks that ignited the Second World War. The one without the other would not have ignited anything. But Stalin was the first to transform himself into a flint, and he did everything possible to help Hitler to power, and subsequently lead him to war.

I don't believe in the fairytale that Stalin intended to attack Hitler first. I believe that Stalin was certain he had finally found someone that would provide him with the moral justification he needed for everything he was about to do: for collectivization, for terror and the death of millions. Hitler was the only person in world history that could compare to Stalin's own measure of evil. Stalin saw Hitler as a welcome respite; however, he was foolishly mistaken about the length of that respite. 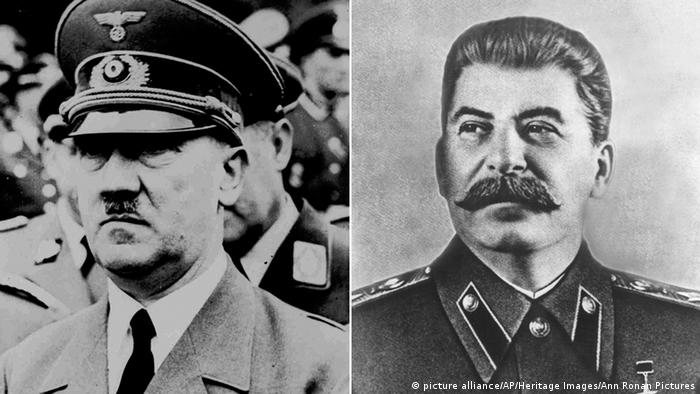 The Soviet Union could have been easy prey

I think Hitler could have been victorious in 1941 had he not been an ideological psychopath. The Soviet Union was wavering under Stalin's atrocities. The fact that Stalin called Russian soldiers in German captivity traitors, and simply abandoned them, was evidence of the inner weakness of his power. (Incidentally, this attitude still exists today, albeit on a smaller scale). The Soviet Union could have been easy prey for the Germans. It would have been enough for them to, say, install a tolerable government with Russian national elements. But Hitler applied racist standards to the Slavs, and he perished because of his racist madness. Stalin's path throughout the entire war was awash in the blood of Slavs, and it was this blood that would become the true banner of victory - something akin to a miracle.

During the course of the war, the Nazis had nothing to offer Russia, nothing but disaster. And Stalin's henchmen brought little good to the conquered lands of postwar Europe, only the Soviet system: collective farms in Poland and the GDR, terror and torture, the execution of the undesirables. 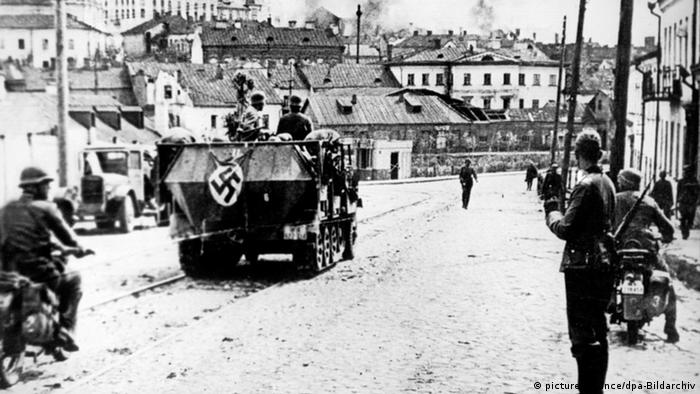 German troops entered Minsk in August 1941, during the invasion of Russia

The delusional utopias of Hitler and Stalin

Everyone is free to look at June 22, 1941 - the day that Nazi Germany invaded the Soviet Union - as they see fit. I see this day as one of history's most blatant examples of human stupidity.

Hitler and Stalin were competing against one another in an attempt to create truly delusional utopias. Their personal confrontation was programed. But the utopias themselves reveal the delusional components of human nature.

Germany (for a long time West Germany, now all of Germany) did penance for its devious breach of contract and the horror that followed. And for years, I watched as Russia practiced forgiveness, eventually pardoning Germany. When I was a boy we used to play war, and Germany was the analogy for hell. Later, West Germans were analogous for economic success, and my fellow adolescents hung out in front of international hotels begging them for cigarettes and chewing gum.

Moscow using the past war for political ends 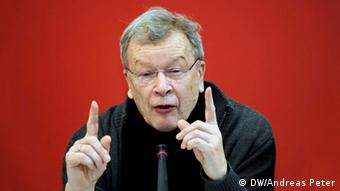 Germans and Russians have a better relationship now than many expected. For Germans, Russia, regardless of Ukraine, is the rather weak, but natural counterbalance to the world's sole superpower - America. For Russians, Germany is the most comprehensible model for a humane and social society in Europe (and in general) - one that represents an unachievable ideal for Russia.

So, what does the war that began on June 22 mean today? From a human standpoint it is a massive, but nonetheless, healed wound, and the source of many tears on both sides.

Now, however, a new historical crisis has arisen. The reciprocal recriminations between Russia and the West in the wake of events at Maidan square in Kyiv, in Crimea and in Eastern Ukraine have all brought June 22 into a precarious proximity with the present.

Today, Russia is using the old war for political ends, and by doing so is reopening up the old, healed wound, declaring it a sore that has begun festering again. The goal is to mobilize the country's citizenry in order to cement Russia's current power structure for a lifetime - with the messianic utopia of a "Russian world" and slogans like "1945: We can bring it back to you!" That is, to say the least, not the best way to maintain Russian-German trust, not to mention genuine sympathy.

Victor Yerofeyev is a Russian author, literary scholar and television presenter. Among his most well-known works are the novels "Russian Beauty," "Good Stalin" and "The Last Judgement," which have all been translated into many languages. He is a Chevalier of the French Legion of Honor.

EU to extend Russia economic sanctions for another six months

European Union envoys have agreed to prolong their bloc's economic sanctions against Russia for six months. The bans are aimed at curbing Russia's influence in eastern Europe, particularly in Ukraine. (21.06.2016)