Guantanamo: US moves to try suspects in Bali bombings

The US will move forward with a military trial for three men suspected of involvement in the deadly bombings in Indonesia in 2002 and 2003. They are being held at Guantanamo Bay, Cuba. 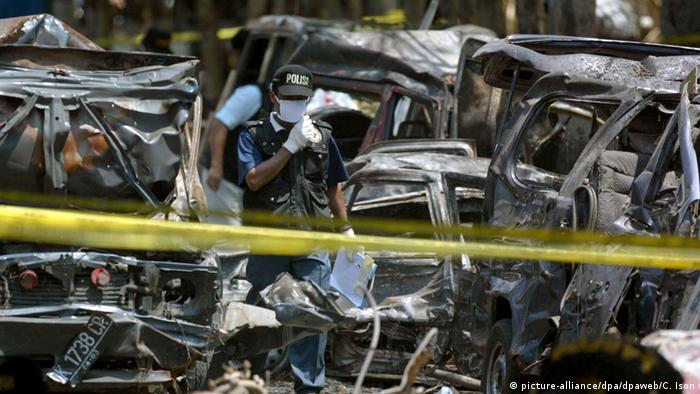 The US military announced plans to proceed with the trial of three men being held at the US base in Guantanamo Bay, Cuba. They are suspected of involvement in the deadly bombings that rocked Indonesia in 2002 and 2003.

"The charges include conspiracy, murder, attempted murder, intentionally causing serious bodily injury, terrorism, attacking civilians, attacking civilian objects, destruction of property, and accessory after the fact, all in violation of the law of war," the Pentagon said in a statement Thursday.

The three suspects were captured in Thailand in 2003. They have spent more than 14 years in the US military detention facillity in Guantanamo Bay.

It remains unclear why the charges were announced over 14 years after their detention but military proceedings at the navy-run prison are often delayed due to logistical difficulties and legal challenges.

At the peak of Washington's "War on Terror", the prison held around 780 detainees. After a push by the Obama administration, where President Joe Biden served as vice president, only 40 detainees remained at Guantanamo.

Indonesia has spent the decade since the Bali nightclub bombings in a fight to win over Islamist militants and gain vital intelligence. While there have been some convincing results, critics say this is rare.

Bali bombings: Is the suspected mastermind still a threat?

Coronavirus digest: No intercontinental Qantas flights until October 4h ago