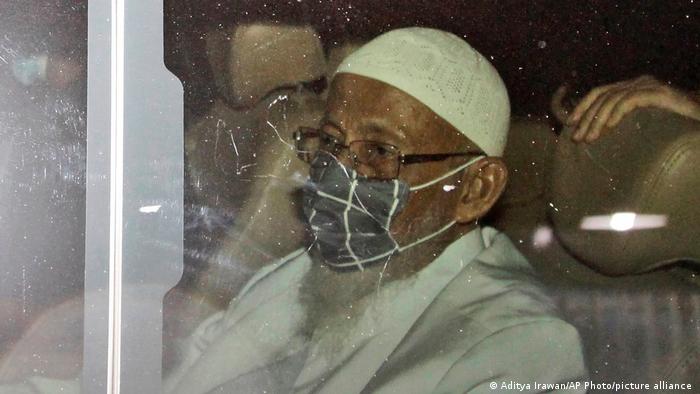 A radical Islamic cleric with links to the deadly Bali bombings was released from an Indonesian prison on Friday.

Abu Bakar Bashir, 82, is considered to be one of the most notorious extremists in the world's most populous Muslim majority country.

He is a key figure in Jemaah Islamiyah, a jihadi network with ties to al-Qaida, and since 2011 had been serving a 15-year jail term for helping to fund a military training camp in Indonesia's Aceh province.

A government spokesman said that following regular reductions to his sentence, Bashir's term had now "expired and ended."

Bashir's lawyers had also called for his early release, pointing to his advanced age and risk of contracting the coronavirus in the country's notoriously overcrowded prison system. 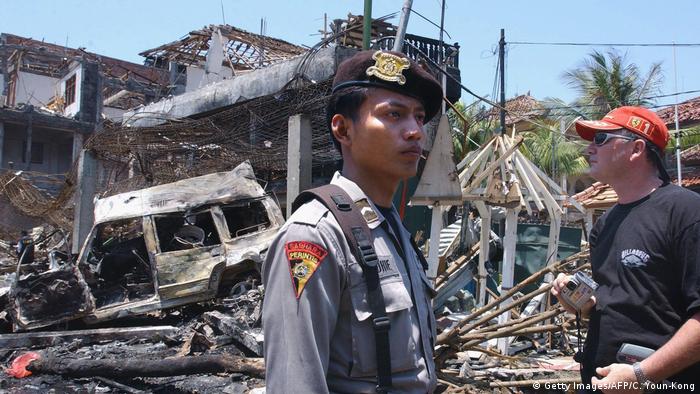 The Bali blasts ripped through two bars that were packed with tourists on October 12, 2002

The 2002 bombings on the island of Bali killed 202 people, including 88 Australians. The attacks, blamed on Jemaah Islamiyah, were the worst in Indonesia's history.

Bashir was previously jailed over the bombings, but that conviction was thrown out on appeal. He has repeatedly denied involvement, although he has confessed to being an admirer of al-Qaida leader Osama bin Laden. In 2014, Bashir swore allegiance to the "Islamic State" terror group.

Indonesian authorities had planned to grant Bashir an early release two years ago on humanitarian grounds. But an outcry both in Indonesia and Australia meant he was ultimately kept behind bars.

Following this week's announcement that his release would go ahead on Friday, Australian Foreign Minister Marise Payne said Indonesia must ensure Bashir does not incite more violence.

The Bali bombings prompted Jakarta to boost its counterterror cooperation with the US and Australia. As a result, scores of suspected militants were arrested or killed, and Jemaah Islamiyah was significantly weakened.

The extremist group was also blamed for a 2003 car bomb at the Marriott Hotel in Jakarta, which killed 12 people, as well as a 2004 suicide car bomb outside the Australian embassy.

A suspected Jemaah Islamiyah leader believed to have played a role in making the bombs for the Bali attacks was arrested last month.

Indonesian police have arrested a man suspected of planning a bomb attack on Myanmar's embassy in Jakarta. The material used could have made bombs much bigger than the ones used in the Bali bombings in 2002.

Why is radicalism growing among Indonesian students?

After terror suspects were arrested at an Indonesian university, there is concern that the country's educational institutions are harboring extremism. DW spoke with Indonesian counterterrorism expert Noor Huda Ismail.

Far-right AfD calls for 'normal' Germany at conference 55m ago

Paris restaurant busted with over 110 diners despite lockdown 1h ago