Indonesia struggles to win jihadist hearts and minds | Asia | An in-depth look at news from across the continent | DW | 21.06.2012

Indonesia has spent the decade since the Bali nightclub bombings in a fight to win over Islamist militants and gain vital intelligence. While there have been some convincing results, critics say this is rare. 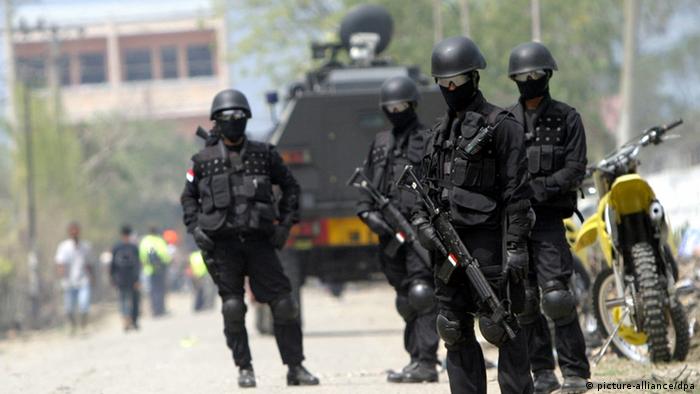 Since 2002, Indonesian courts have sentenced more than 700 people for terrorism offenses. During this time, there has been a rehabilitation program aimed at "de-radicalizing" those that are taken into custody.

Those on the inside say that authorities are "nice to terrorists so that they can extract information from them," even though the scheme has recently been criticized as ineffective.

However, an example of the success of the program is Ali Imrom, the brother of two bombers who helped mastermind the Bali bombings in 2002. The brothers, Amrozi and Ali Ghufron, were executed in 2008.

Ale, as Ali Imron is usually called, was also involved. However, he has now said he regrets his part in the attacks that killed more than 200 people. 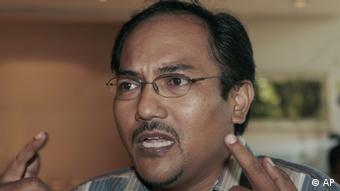 Former terrorist Nasir Abbas has turned his back on jihad

To atone for his sins, as Ale himself puts it, he now helps a unit of the Indonesian police dedicated to tackling terrorism.

Another example is Nasir Abbas, who studied in Afghanistan in the 1980s and later became a leading figure in the Jemaah Islamiya terror group operating in South East Asia.

Abbas also worked as a trainer in a terrorist training camp in the Philippines on the southern island of Mindanao.

After he was captured, Abbas changed. In prison he was able to talk to justice officials about jihad and Islam. He also helped the police in their battle against terrorism and through the information he supplied, one important terrorist was nabbed.

"I have exposed the network of the JI because, if it were allowed to, it would spread the teachings of Osama bin Laden further, and could become even more dangerous," Abbas told Deutsche Welle.

The failure of de-radicalization

However, transformations like that of Abbas are exceptions. Most terrorists continue with their jihad when they leave prison. For this reason, terror expert Solahudin - who like many Indonesians uses only one name - offers a critical assessment of the program to win over extremists. 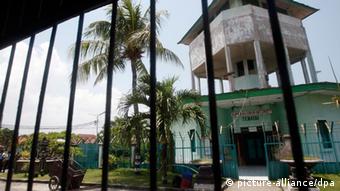 "In the past 10 years, more than 700 terrorists have been convicted, but conviction alone is not enough. The de-radicalization program of the Indonesian government has failed," said Solahudin.

An illustration of this is a pair of extremists connected with the terrorist lynchpin Noordin Mohammad Top, who was killed in a police raid in 2009.

Luthfi Haidaroh, alias Ubaid, had already served a sentence when he was taken into custody once again in 2010 because he was involved in setting up a terrorist training camp in the province of Aceh.

Meanwhile, Budi Pranoto, alias Urwah, met with fellow Islamist extremist immediately after his release from prison to plot bomb attacks on Jakarta's Hotel Marriot and the Ritz Carlton in 2009.

"It has been shown that punishment does not deter terrorists," said Solahudin. "My belief is that the Indonesian government should concentrate on a program of de-radicalization that really is effective."

Critics from the anti-terrorism unit have even expressed concern to the government that extremists are able to spread their teachings under state protection while they are in prison, as well as plan attacks and recruit new members to their ranks. 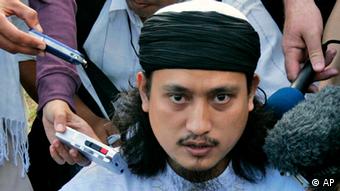 Imam Samudra found new recruits while he was in prison

This can create an enduring legacy, as a bank robbery last March shows. One of the robbers, Hilman Jayaksuma, had been in prison with one of the Bali attackers, Imam Samudra.

Jayaksuma was turned towards jihad in jail by Samudra, who was executed in 2008. After his release, Jayaksuma teamed up with three other former inmates to stage the bank robbery to finance terrorist acts.

While in prison, Samudra had also been in touch online with the student hacker Muhamed Agung Prabowo, alias Max Fiderman, to ask for help in setting up a militant Islamist website. The site was to be funded with money obtained by credit card fraud.

Indonesian artist is finally honored in his homeland

Germany celebrated Raden Saleh as a 'painting prince from the Orient.' For a long time, post-colonial Indonesia wanted nothing to do with him, but the pioneer's work has just been showcased for the first time. (20.06.2012)

The US pop music artist Lady Gaga has cancelled a planned concert following a threat from an Islamist group. The group said it had purchased tickets and planned to create "chaos." (27.05.2012)

Indonesian prosecutors have asked for a life sentence rather than the death penalty for Umar Patek, accused of making the bombs for the Bali attacks that killed over 200. (21.05.2012)