"A teenager working on her anger management problem," reads Thunberg's Twitter profile. This is not the first time the US president has attacked the teen on social media. 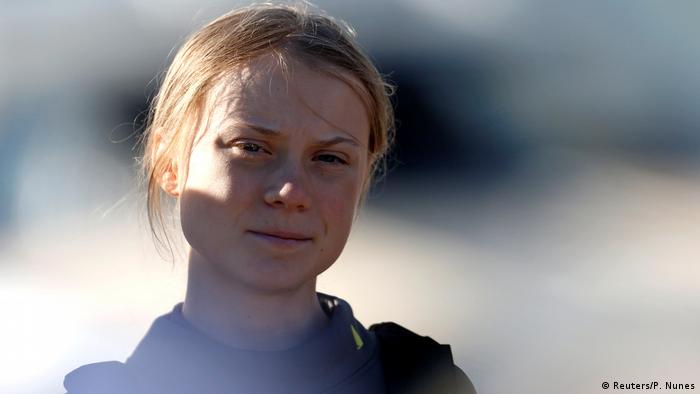 Greta Thunberg, fresh off being named Time magazine's Person of the Year, has changed her Twitter biography to reference the most recent unprovoked critique of the 16-year-old by US President Donald Trump.

"A teenager working on her anger management problem. Currently chilling and watching a good old fashioned movie with a friend," says the climate activist's profile, using almost the exact same words Trump did in response to her winning Time magazine's Person of the Year win.

Thunberg rose to prominence in 2018, when her solo school strikes for climate change protests morphed into a global movement known as Fridays for Future. She is currently in Madrid, where she addressed the COP25 climate conference on Wednesday.

She criticized the annual summit as an excuse for countries to find "clever ways around having to take real action."

"Recently a handful of rich countries pledged to reduce their emission of greenhouse gases by so and so many percent by this or that date, or to become climate neutral or net zero in so and so many years," she said.

This is not the first time Thunberg has trolled Trump's attacks against her, in September she changed her profile to read "a very happy young girl looking forward to a bright and wonderful future," after Trump sarcastically described her as such after her particularly fiery speech at the United Nations General Assembly.

Many US social media users pointed out the hypocrisy of the president's social media assault against a child, after first lady Melania Trump and many high-profile Republicans expressed outrage when a constitutional law professor used his son Barron Trump's name during impeachment testimony.

Scientists warn that climate breakdown, which has already contributed to unprecedented rises in average global temperatures, extreme weather events, and destruction of vast amounts of wildlife, could soon be irreversible.