The Swedish climate activist joined protesters in Washington after arriving in the US by yacht. The US president is a known climate skeptic who has been rolling back environmental regulations in the country. 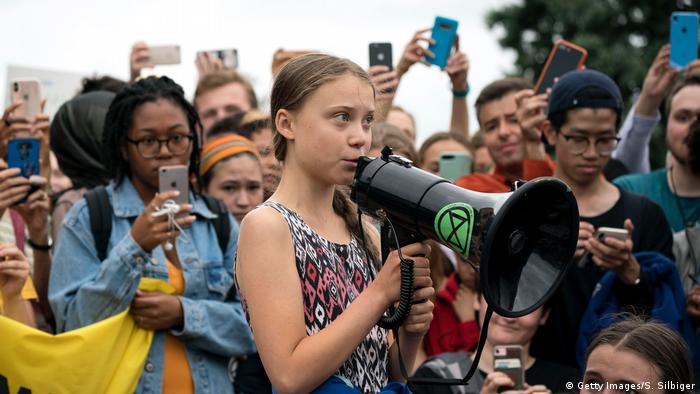 The protest garnered bigger numbers than recent marches Thunberg has been a part of in New York, but was still smaller than equivalent events across Europe.

"The planet's on fire, Trump is a liar," protesters at the White House chanted.

"It's a lot of people, a lot more than I think anyone had expected," the 16-year-old Thunberg said. "This is is very overwhelming."

Thunberg has been spearheading a series of demonstrations in the US after arriving by zero-carbon yacht at the end of August. 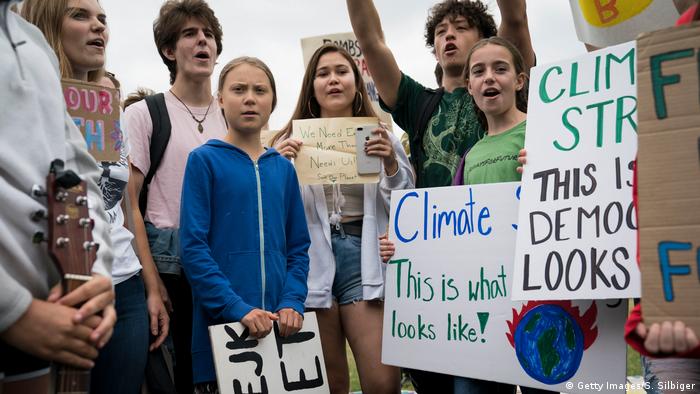 She will return to New York later this month for the UN climate summit. US President Donald Trump is a well-known climate skeptic who has been actively rolling back environmental regulations while mocking green technologies such as wind turbines.

The 16-year-old Swedish activist has inspired a global youth climate movement by organizing weekly school strikes in her home country to draw attention to what she calls "a war on nature."

She has sparked teenagers and students around the world to gather every Friday under the rallying cry "Fridays for Future," to call on adults to act now to save the planet.

The death toll in torrential floods in the US state of Kentucky continued to rise days after floods began. The flooding has swamped towns across the Appalachian mountain region of the central eastern United States.

At least 16 people have died and many are still missing after record flash flooding in the US state of Kentucky. Torrential rain washed away roads and hundreds of houses in some of the poorest communities in the United States.