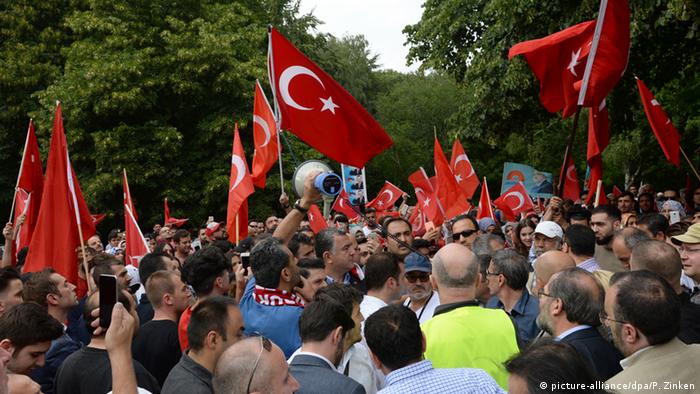 "There is, unfortunately, a form of Turkish PEGIDA in Germany that we must treat the same way as the group we already know of," Cem Özdemir told the German newspaper "Bild am Sonntag." 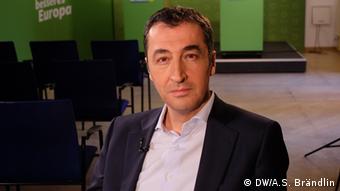 Özdemir told the newspaper that, in Germany, there was a consensus that German right-wing populists existed "on the margins of society and are not normal interlocutors."

"But for radical Turks, these standards to not apply," he added. Anti-immigration movement PEGIDA, has drawn attention for its rallies and xenophobic rhetoric which criticizes Germany's asylum and refugee policy.

If PEGIDA leader Lutz Bachmann were invited to an event, no "self-respecting democrat" would attend, said the Green party chief.

He urged that this kind of political attitude must now be applied to Turkish President Recep Tayyip Erdogan's government representatives who are based in Germany.

In the interview with "Bild am Sonntag," Özdemir especially criticized the Turkish mosque organization DITIB - one of the largest Islamic organizations in Germany.

He said the organization should break away from the influence of Turkey in order to not become "the extended arm" of Erdogan's AKP party.

"If we open Muslim religious schools through the DITIB, then we allow Erdogan's ideology to be spread through our classrooms," warned Özdemir. "I find that intolerable."

The European Union should consider sanctions which directly affect those in power in Turkey, "if democracy, rule of law and human rights continue to be suspended," urged Özdemir, suggesting bank account and asset freezes.

The EU has expressed concern over the imposition of a state of emergency in the wake of an attempted military coup, though the criticism has not been well received by Erdogan. Parts of the European Convention on Human Rights have also been suspended in the country.