Anti-Islamization movement PEGIDA has launched the process of founding a political party, the movement's head Lutz Bachmann said in Dresden. The new faction would act as an ally of the populist AfD. 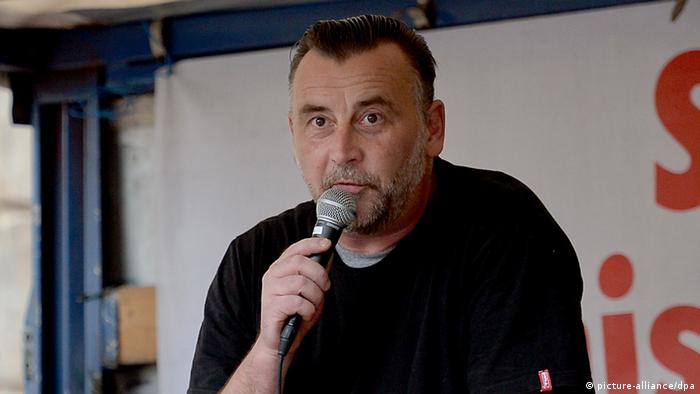 PEGIDA members aim to enter the election arena with the new Popular Party for Freedom and Direct Democracy, Bachmann told his supporters on Monday.

The move is also a reaction to authorities considering a ban on the organization, Bachman said. However, voices within the movement have long speculated about transforming the populist, anti-immigration group into a political party.

Lutz Bachmann said he would not seek to lead the new force.

"I am still the Lutz of PEGIDA on the street," he said.

On Tuesday, German election authority said they have yet to receive any paperwork about the FDDV party, which is the German acronym for PEGIDA's upcoming political wing. In Germany, party founders are obliged to file a statute, program, and a list of leaders to federal officials.

The populist movement is ideologically close to the euroskeptik, anti-mass-migration AfD party, which is expected to enter the German parliament in the next election cycle.

During the Dresden meet, Bachmann said the two organizations could serve their cause "only together."

"We will support the AfD in the next election campaign (in 2017) and put forward candidates in very, very few districts or counties," Bachmann said.

The AfD, which is currently polling above 10 percent, has been sending mixed messages on PEGIDA. The party chief Frauke Petry reportedly views the movement as competition, and the top-tier leaders have called on AfD members to stop giving speeches at PEGIDA rallies. At the same time, some of the high-profile AfD politicians believe that the two groups should join forces.

PEGIDA, whose German name loosely translates to "Patriotic Europeans against the Islamization of the West," started in Dresden in 2014. At first, it was a reaction to violent clashes between Kurd and Salafist groups. However, it quickly grew into a movement criticizing Germany's asylum and refugee policy, spurred by the unprecedented immigrant wave in 2015.

Their rallies have repeatedly drawn attention by xenophobic rhetoric. In January 2015, the founder Bachmann was forced to resign over a picture of him with a Hitler-style moustache and hairstyle. An investigation by the "Sächsiche Zeitung" newspaper suggested the picture had been taken while Bachmann was having a haircut and manipulated to make him look more like Hitler. He was reinstated only weeks later, with organizations' leadership claiming the picture had been doctored.

In May this year, Bachmann was convicted and fined for branding some refugees "cattle," "scum" and "trash." The PEGIDA leader also has previous convictions for drug dealing, theft and assault.