German-Turkish associations blasted for Erdogan influence | Germany | News and in-depth reporting from Berlin and beyond | DW | 13.06.2016

German MPs with Turkish roots have criticized Turkish associations in Germany for providing a platform for President Recep Tayyip Erdogan. Many are supported by the Turkish government and do not act independently. 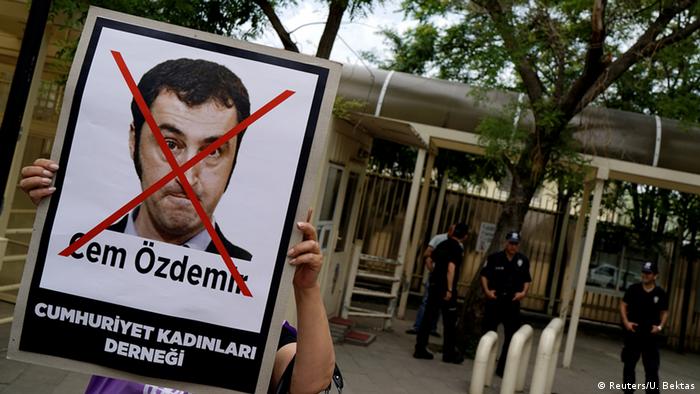 Turkish-German relations have rarely been tenser than in the past week. The fallout over the European Union's refugee deal with Turkey, criticized by both refugee organizations and the populist right, has left Angela Merkel fending off accusations of being in thrall to President Recep Tayyip Erdogan's government.

That impression was compounded on June 2, when the chancellor did not appear in the Bundestag to cast a vote on the parliament's resolution to recognize the 1915-16 Armenian Genocide. The resolution has dragged an ugly trail in its wake, especially for the Bundestag's 11 representatives with Turkish roots, who have received countless hate emails and social media death threats from Turkish people. The MPs have been put under police protection as a result, and the Foreign Ministry has advised them not to travel to Turkey. Several have reportedly canceled work trips and holidays in the country.

Green party leader Cem Özdemir, one of the initiators of the Armenia resolution, received tweets calling on German Turks to shoot him in the head. He told "Der Spiegel" magazine that the "number of death threats and the brutality of the language had reached a new scale." 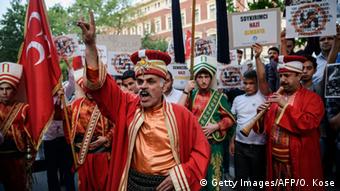 Attacks from the top

In a speech delivered after the vote, Erdogan attacked Özdemir, describing him as "characterless" for being "the man who in Germany accuses his own country of genocide." Erdogan's rhetoric took on a racist tone when he described the Bundestag MPs: "Some people say they are Turks," he said, according to Turkish news agency "Anadolu." "What kind of Turks? Their blood should be examined in a laboratory test."

The MPs say Erdogan's influence goes beyond incendiary speeches in Ankara - a number of Turkish organizations in Germany receive Turkish state support, and as such act as the foreign arm of Erdogan's Justice and Development Party (AKP).

The Turkish-Islamic Union for Religious Affairs (DITIB) was founded in 1984 as a branch of the Presidency of Religious Affairs in Ankara, which funds religious education in Turkey. It pays for Turkish imams to work in Germany. It also claims to represent 70 percent of Germany's Muslims.

"The Erdogan government's control of mosque unions in Germany leads to him increasingly misusing these unions as a mouthpiece for his despotic policies," Left party MP Sevim Dagdelen told DW last week. "These unions are instrumentalized by Erdogan to establish a very dangerous kind of Islamism that is contrary to basic rights."

"If mosque unions controlled by Erdogan try to exercise political influence, the critical media will have a tough time being heard," Dagdelen continued. "This means that millions of people here in Germany are being showered with Erdogan's inhuman propaganda - and the German government is not paying attention."

Gökay Sofuoglu, chairman of the Turkish community organization TGD, agrees that many groups are under the influence of the Turkish government, particularly DITIB and the Union of European Turkish Democrats (UETD), a lobby organization for the AKP. "But there are other organizations, like the TGD, that don't let themselves be influenced by either Turkish or German politics," he said.

"I can't prescribe to DITIB how they should act," he told DW. "But I can call on the associations to adhere to the basic order and freedom of Germany. Groups that call themselves civil organizations should act in the interests of the population, not the government." But he admitted that, as a state-supported organization, DITIB couldn't act independently at all.

He also noted that other organizations like Milli Görüs, which specifically pursues a political Islamist agenda and is considered close to the international Muslim Brotherhood, are already under observation by the German intelligence agencies.

Several MPs, including Özdemir and Germany's Integration Commissioner Aydan Özoguz, called on associations like DITIB to condemn the threats against them. "You don't have to like the resolution," Özdemir told the "Frankfurter Allgemeine Sonntagszeitung." "But Turkish organizations must condemn the death threats. There can't be two opinions on that." 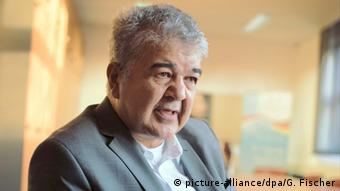 Since then, both DITIB and the UETD have indeed condemned the threats against the MPs - while reserving criticism of the MPs for backing the Armenia resolution in the first place. "We criticize, within the constitution, the behavior of some Bundestag representatives of Turkish origin in regard to the so-called genocide resolution," a UETD statement read. "But we urgently point out that we condemn any threats against these ladies and gentlemen."

Zekeriya Altug, of DITIB's board of directors in the western state of North Rhine-Westphalia, said that the Armenian Genocide resolution meant that many German Turks no longer felt represented by the MPs of Turkish origin. "Of course that's a massive loss of trust that divides the people here," he told public broadcaster ARD. For years, he added, "Turks and Muslims in Germany" have had to justify themselves "for events in the whole world that don't directly have anything to do with them."

But that, Sofuoglu suggested, was missing the point. "Politicians of Turkish origin don't represent Turkish people in Germany - they're politicians in the German parliament. They have to represent German interests," he said.

The real problem, he argued, was more general: "Not that many German Turks identify with German politics at all. There is very little electoral turnout among Turks in Germany, there are very few party members - the people of Turkish origin in Germany aren't interested in German politics in general."

Germany's Foreign Ministry has advised lawmakers with a Turkish background to avoid going to Turkey in the near future. Politicians of Turkish origin are facing a backlash over a Bundestag vote on the Armenian genocide. (11.06.2016)

Radical claims published by a Turkish newspaper allege that Germany was involved in the most recent bombings in Istanbul. Experts say the reports highlight the declining state of media in Turkey. (10.06.2016)