German MP calls for a travel ban on Erdogan

Sevim Dagdelen has urged action after receiving death threats over the Armenian genocide vote in Germany's parliament. She said she wants Turkish President Recep Tayyip Erdogan to be prevented from entering Germany. 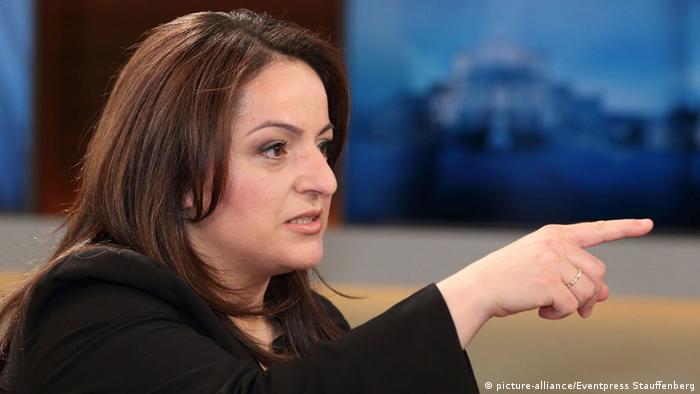 Sevim Dagdelen, a member of the Bundestag, demanded that "anyone in Turkey who calls for violence against members of the German parliament should get an entry ban" to Germany. "This includes President Erdogan," she told the German newspaper "Bild am Sonntag."

The Duisburg-born politician has a 100,000 euro ($112,000) bounty on her head, the paper reported, following a resolution adopted by the German parliament on June 2 calling the massacre of Armenians genocide.

German lawmakers voted to join 29 other countries in interpreting the killings of 1.5 million Armenians by Ottoman Turks in 1915 as genocide. Turkey, which was formed out of the Ottoman Empire, insists the killings were a collective tragedy in which equal numbers of Turks and Armenians died but denies it meets legal requirements to be termed a genocide.

Erdogan, personally, reacted furiously to the decision, taking ties between the Berlin and Ankara governments to new lows.

Since the vote, Dagdelen and 10 other German MPs of Turkish origin have faced the ire of Turkish nationalists, receiving death threats and even having their personal details published in newspapers and in mosques. 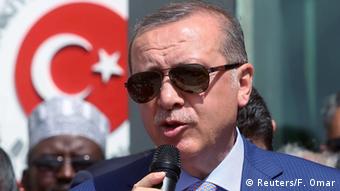 The politicians are now under 24-hour police protection after Erdogan compared them to terrorists and demanded they have blood tests to prove their Turkish origins.

The lawmakers have also been warned not to make trips to Turkey for the time being, as their safety cannot be guaranteed.

Aydan Özoguz of the Social Democrats (SPD) called on Turkish groups in Germany to unequivocally denounce the Turkish response. Özoguz, who is the government's integration commissioner, has also received death threats.

"I expect Turkish associations in Germany to clearly condemn the threats against MPs," she told the "Bild am Sonntag" weekly paper, adding that Turks can remain committed to their origins without being an extension of Turkey.

Her comments were backed up by Green Party leader Cem Özdemir, who was one of the initiators of the Bundestag's Armenian resolution.

"You may not agree with the resolution, but Turkish organizations must issue unqualified denouncements of the death threats," he told the "Frankfurter Allgemeine Sonntagszeitung."

Earlier, Özdemir had told the paper that Erdogan's response to the issue was "unworthy of a head of state," adding that he was worried: "What if someone goes crazy?" Özdemir asked, referring to threats against him and his family.

"No one should be dehumanized or threatened," DITIB national spokesperson Murat Kayman said. "This is not up for discussion and there is no justification for it. That's the basic agreement of civilized societies."