Greece has agreed to repay its debt to the International Monetary Fund due this week, according to the Fund's director. Christine Lagarde held informal discussions with Greece's finance minister in Washington. 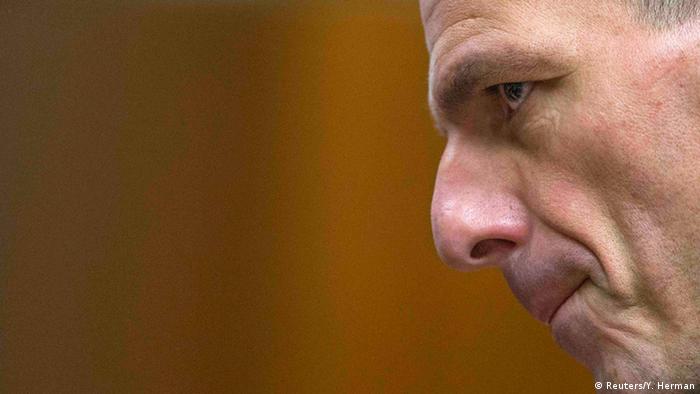 Greece's Finance Minister Yanis Varoufakis met with the head of the International Monetary Fund (IMF), Christine Lagarde, in Washington for what was described as an “informal discussion on the Greek government's reform program.”

This week, Greece has to repay more than 450 million euros ($494 million) to the IMF. After the meeting on Sunday, Yanis Varoufakis said Greece "intends to meet all obligations to all its creditors, ad infinitum."

Varoufakis told reporters the government also plans to "reform Greece deeply" and to try to improve the "efficacy of negotiations" with its creditors.

After the meeting, IMF Director Christine Lagarde commented: "I welcomed confirmation by the Minister that payment owing to the Fund would be forthcoming on April 9," Lagarde said.

She said due diligence efforts in Athens and talks with teams in Brussels over the terms of Greece's bailout would "resume promptly on Monday."

Last Wednesday, Athens sent a more detailed list of reforms to institutions representing the creditors - the European Commission, the European Central Bank and the IMF.

EU officials have said that progress had been made in talks but more work was needed for a deal to be reached.

"The Fund remains committed to work together with the authorities to help Greece return to a sustainable path of growth and employment," Lagarde added.

Sri Lanka is facing one of its worst economic crises in recent decades, with skyrocketing inflation, weak government finances and COVID-19 wreaking havoc on the economy.

Pakistan is trying to revive a $6 billion loan package with the IMF. The country needs the money, but economists are worried the IMF's conditions will trigger price hikes burdening Pakistani consumers.