Greek and eurozone officials have confirmed Athens has submitted a new and more far-reaching list of reform proposals to unlock badly needed bailout money. Talks with international creditors are to start shortly. 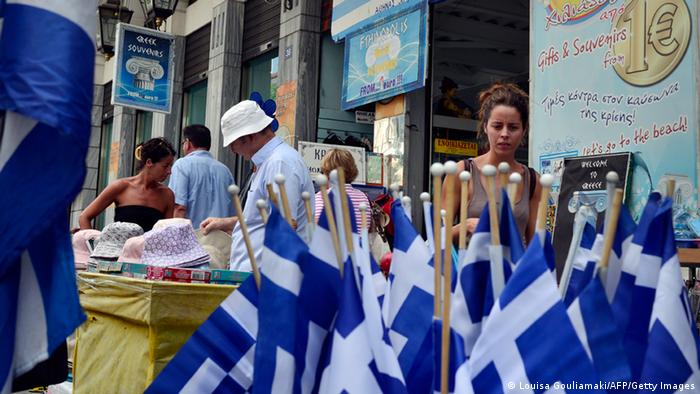 The leftist government in Athens said it had given the final touches to a new and more comprehensive list of economic reforms it was willing to implement in order to unlock remaining bailout funds from its international creditors.

Citing eurozone officials, Reuters said the Greek government had submitted the list to the Brussels Group of lenders on Friday, that is ahead of a previously agreed Monday deadline.

Nikos Filis from the leftist Syriza party told DPA news agency the list contained 18 reforms, which - if carried through - would enable the nation to boost revenues by 3 billion euros ($3.26 billion) later this year, while wage and pension cuts were not part of the proposals.

Will it be enough?

Prime Minister Alexis Tsipras' government said it was hopeful the measures would improve investor sentiment and boost tax revenues, while not mentioning any other essential offers to please Greece's creditors.

A special lenders' working group is to review the list of proposals before it is sent for eurozone finance ministers to assess. Greece urgently needs fresh bailout installments to avoid bankruptcy and a forced exit from the single-currency bloc.

DPA quoted a government official as saying that Greece would no longer be able to
service its public debt unless creditors proceeded immediately with the disbursement of more bailout aid.

"The government has made it clear on all levels of the eurozone and the International Monetary Fund that it will not continue to service its public debt using its own resources if creditors do not proceed immediately with the disbursement of bailout installments - which have been delayed since 2014."

Eurozone finance ministers have rejected Greece's bid to get back badly-needed cash, driving Athens closer to the brink of a potential bankruptcy next month. But relief could be on the horizon. (25.03.2015)