Greek Prime Minister Kyriakos Mitsotakis is in China — and with him are more than 60 business representatives hoping to pen lucrative deals with the People's Republic. 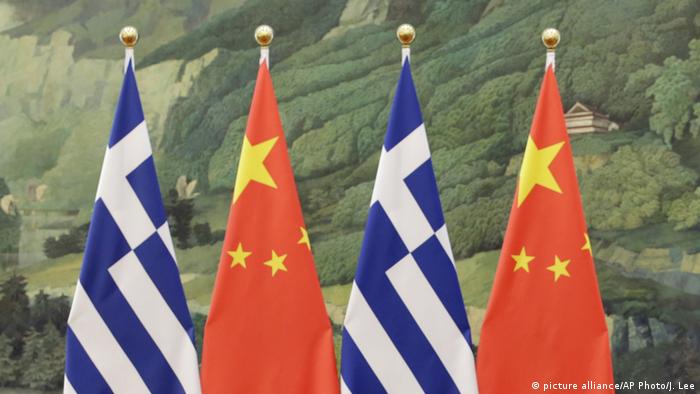 China's guests expect to have a busy schedule when Greece is welcomed as the official guest country of the 2019 China International Import Expo, a business trade fair, in Shanghai this Sunday. Greek Prime Minister Kyriakos Mitsotakis and Chinese President Xi Jinping will personally visit the Greek pavilion there. Next week, Xi will be Mitsotakis' guest in Athens, signaling trade relations are in high gear.

"The Shanghai fair presents opportunities for Greek exporters, but only if they put concrete proposals on the table," says Athens-based political scientist George Tzogopoulos, who works with Chinese think tanks and is currently in Beijing. He says with Greek exports to China totaling less than €1 billion ($1.1 billion) annually, businesses have a lot of catching up to do.

But there's more to it than that: The state-owned enterprise (SEO) China COSCO Shipping has invested heavily in a showcase port project in Piraeus. Now it is planning a massive expansion for the very near future. Beijing has already invested more than €800 million in the port and intends to invest another €600 million. 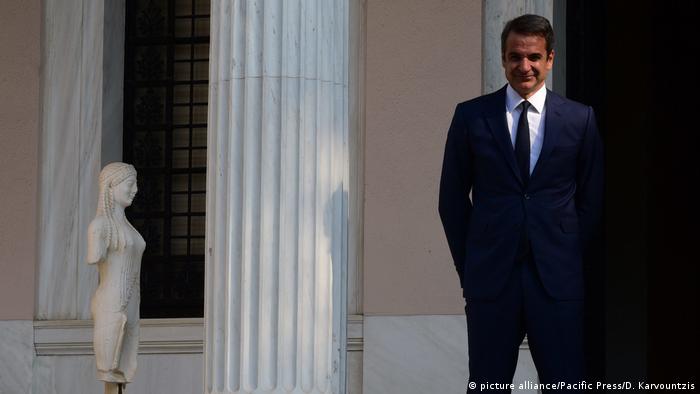 Greece is, after all, the first deep-sea port in the EU that Asian container ships reach when they enter the Eastern Mediterranean. And Piraeus plays an important role in China's Belt and Road Initiative, a mega project designed to open new trade routes with the West. Greece officially signed onto the initiative in early 2019.

Not all EU partners, however, are happy about the development. Political scientist Tzogopoulos doesn't see what their problem is, noting that Greece receives less than 1% of all Chinese investment in Europe.

And, he points out, Greece's international creditors were the ones who pressured the country to quickly crank up privatization. Tzogopoulos insists their criticism now is misplaced, saying: "Negative European reactions arise from fears Piraeus could soon pose a serious competitive threat to ports in Hamburg and Rotterdam.”

He is quick to add that one thing has never been up for negotiation: "EU standards have priority. They are binding for Greece and must be respected by Chinese business entities."

The prospect of Chinese tourism

Tourism also continues to be an important economic driver in Greece. Currently, some 170,000 Chinese people visit the country each year — and that number is growing. Yannidis Constantine, president of the Hellenic-Chinese Chamber (HCC), a Greek-Chinese business group in Athens, sees great potential. "Most Chinese visitors avoid the sun and the beaches. Instead, they tend to be much more interested in city tourism, in archaeology, culture or luxury shopping." 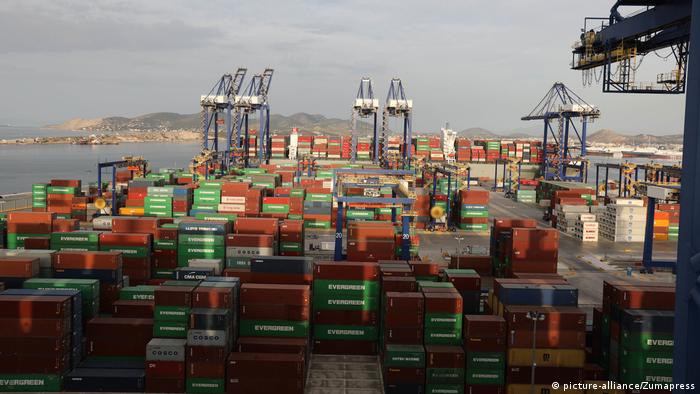 More than 1,500 businesses are active in the HCC, says President Yannidis Constantine, a Piraeus native whose family paint factory is also active in it. He hopes the economic delegation in Shanghai will return with good results. Though, he cautions: "Similar business trips in the past have not always been so lucrative. You need a long time to get down to business with Chinese partners.”

Asked if the Chinese are difficult negotiating partners, he diplomatically states: "They are tough negotiators and want to get the best deal they can — but we Greeks want that, too."

When asked about the controversial Chinese telecommunications giant Huawei, Constantine says despite US concerns, the tech company is dependent upon international business partnerships.

In October, Greek Development and Investment Minister Adonis Georgiadis signed a "Memorandum of Bilateral Cooperation" with China that envisions "an enhanced exchange of knowledge” in the information and telecommunications sectors.

Political scientist Tzogopoulos believes Huawei will soon establish a more solid foothold in Greece, but says its controversial 5G next generation network for mobile technology will be excluded.

High likability marks for the Chinese

"The fact that the Greeks and the Chinese both have long cultural histories to look back upon endears them to one another," says Tzogopoulos.

Not lastly, Chinese financial assistance for crisis-ridden Greece over the past few years has created good will. "In the darkest days of the debt crisis, Beijing publicly advocated for Greece remaining in the eurozone," says Tzogopoulos.

Furthermore, the Chinese were also buying up billions of euros worth of Greek sovereign bonds at the same time  — something the Greeks haven't forgotten.

The German economy minister has described China as a partner and competitor. He said it is time to establish better trade rules that don't put European companies at a disadvantage. (19.06.2019)