Wasps are aggressive and useless, people believe. But wasps are just as important as bees for pollinating our crops, say scientists. They're calling for a public relations campaign to overhaul wasps' bad image. 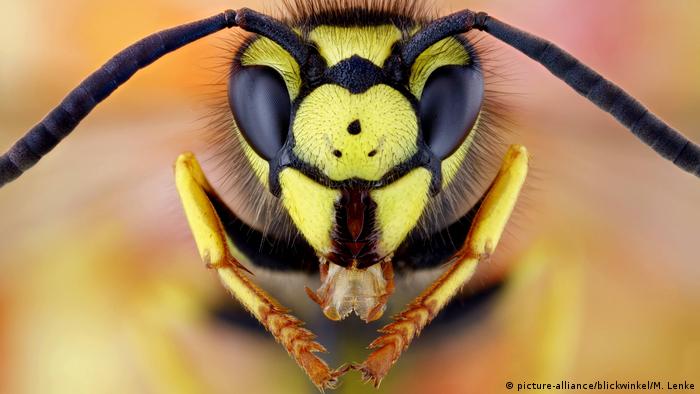 Wasps are the natural enemy of every picnicker. Forget a peaceful meal amidst nature in the last days of summer.

As soon as you unpack your delicious food and well-deserved drink, wasps will close in with their swaying and aggressive flight.

Instead of taking a tiny taste and then moving along, they will feast on your food with a scavenger's sense of entitlement.

Bzzz. Thanks for the picnic, buddy!

Bees, on the other hand, are too busy pollinating flowers and producing honey to even notice your alfresco lunch.

The universally disliked wasp, compared to the cute and friendly bee  — this is how most people regard the yellow jackets, researchers have found.

For the study Why we love bees and hate wasps, scientists at the University College of London asked more than 750 members of the public from 46 countries to describe in three words how they feel about wasps, bees, butterflies and flies.

Wasps triggered the most negative emotions. "Sting", "annoying" and "dangerous" were the most common words that came to the participants' minds.

The researchers weren't particularly surprised by the result — but said this view is unfair to wasps, because they are just as ecologically important as bees.

Wasps — huh — what are they good for?

And though they make it hard to love them, it's worth taking a closer look at wasps.

Wasps actually play a crucial role in the ecosystem.

Just like bees, wasps are among the most ecologically important organisms for humanity: They pollinate our flowers and food crops.

But beyond bees, wasps also regulate populations of crop pests such as caterpillars and whiteflies, contributing to global food security.

They do this by creepily laying parasitic eggs in the bodies of caterpillars.

A small wasp colony eats up to 3,000 flies, mosquitos and spiders each day, and kills insects that carry human diseases.

"Wasps are a health police, they eat other sick animals and maintain a healthy balance in the ecosystem," Kathrin Klinkusch, spokeswoman at the German Nature Conservation Union (NABU), told DW. 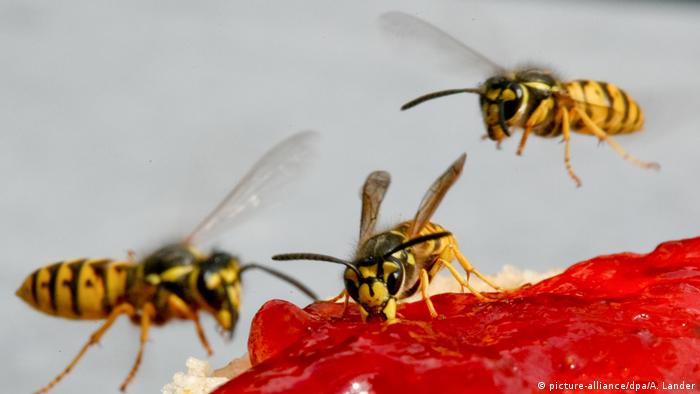 She can, however, understand why people are fonder of bees than wasps.

While honeybees mind their own business collecting pollen, wasps are in search of protein and take it where they find it, including from off your plate.

Despite being disliked and even despised, wasps bring huge ecological benefits to our planet, says Seirian Sumner, a researcher at University College of London and author of the study published in Ecological Entomology. She warned that the yellow-black insects are under threat.

"They [wasps] are facing a similar decline to bees — and that is something the world can't afford," wrote Sumner.

Scientists have warned that insects are disappearing at an alarming rate around the world due to industrial agriculture, climate change and habitat loss, among other factors.

Yet the study found it wasn't just wasps' antisocial eating habits that accounted for their bad reputation. Scientists are to blame, too. 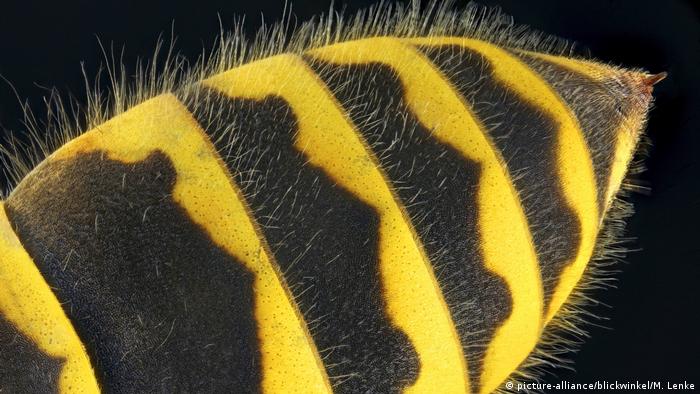 People fear the painful sting of wasps, but only 50 percent of the species actually stings

The authors say there has been a lack of public and scientific interest in wasps, arguing that astonishingly little research into wasps has been undertaken.

They looked at 908 scientific research papers about pollinators released since 1980, and only 2.4 percent of them (22 papers) focused on wasps compared to 97.6 percent (886 papers) on bees.

Considering the lack of research and information about wasps, it's no wonder that they have a bad image, say the study authors.

Bees have seen increased level of public interest and support after news of their decline made headlines.

Novels have been written about what our world would look like without bees, beekeeping has become a mainstream hobby and German Chancellor Merkel has called on people to "think about biodiversity and do something good for bees."

Wasps deserve the same kind of appreciation and public support, argue the researchers.

"It would be fantastic if [support for bees] could be mirrored for wasps," wrote Alessandro Cini, biodiversity researcher at University College of London and co-author of the study.

Insects live in abundance in every part of world except the sea, which covers more than 70 percent of the Earth's surface. So why is it that this tenacious species has failed to colonize the marine environment? (09.07.2018)