Two Serge Gnabry goals in a rollercoaster second half gave Bayern Munich their first Bundesliga win under Julian Nagelsmann. Leroy Sane paid the price for a lackluster first half and was booed off at half-time. 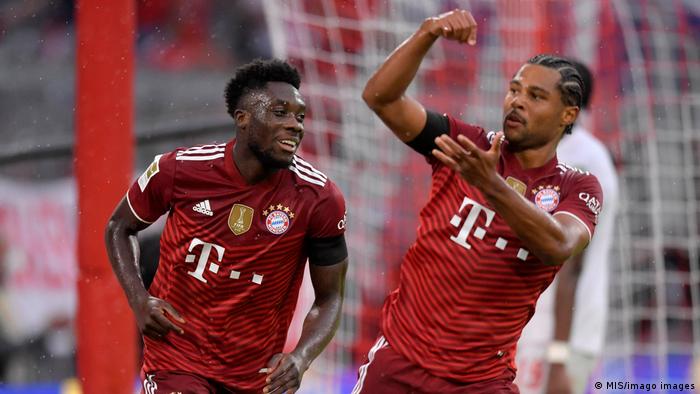 When Leroy Sane was substituted at half-time, he didn't even emerge from the changing room to take his place on the bench.

In a goalless first half, a lackluster Bayern Munich had failed to break down a defensively solid Cologne and played 45 misplaced passes. Winger Sane had been responsible for seven of those and had been comfortably kept in check by Cologne captain Jonas Hector.

Julian Nagelsmann, on the hunt for his first Bundesliga win in charge of Bayern following the opening day draw away at Borussia Mönchengladbach, acted.

Sane, to the sound of a few boos from the stands, was replaced by Jamal Musiala. Within five minutes, the 18-year-old had torn into the penalty area and cut back for Robert Lewandowski to give Bayern the lead. Ten minutes later, Serge Gnabry made it two. The substitution paid immediate dividends and Bayern, finally, were up and running.

"We shifted our play a bit further up the pitch in the second half and tried to keep the ball better, rather than losing it as much as we had done in the first half," Gnabry explained to DAZN at full-time.

But the problems weren't quite solved. Incredibly, within three minutes, Cologne were level. First, Hector crossed from the left for the unmarked Anthony Modeste to power a free header past Manuel Neuer. Then, Kingsley Ehizibue repeated the trick from the right, allowing Mark Uth to equalize.

"The goals were badly defended," admitted Nagelsmann, lamenting how an apparent lack of communication had allowed Cologne to play through Bayern's midfield with ease.

"Alphonso [Davies] and Jamal [Musiala] should be closing those spaces down together," he said. "Especially since they speak the same language."

Nagelsmann had complained in Mönchengladbach that open games, while perhaps entertaining for spectators, are a nightmare for coaches. His team were embroiled in just such a game again here, which suited his Cologne counterpart Steffen Baumgart just fine.

"Our lads didn't drop off or hide after going 2-0 down; they came back and continued right until the end," he said. "But we know we're playing against Bayern Munich, one of the best teams in the world, and we know they're going to have moments of individual class to decide games."

Just such a moment came twenty minutes from time. Cologne goalkeeper Timo Horn could only punch as far as Joshua Kimmich who nodded the ball down into the path of Gnabry, who in turn fired first time into the top corner. 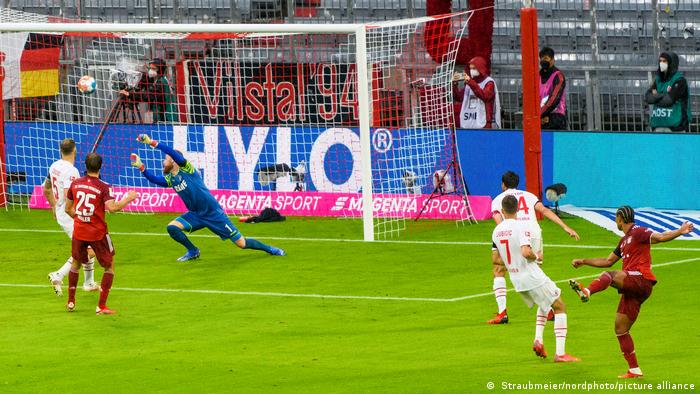 It was a strike which the late, great, Gerd Müller, honored with pre-match tributes from the Bayern hierarchy and a huge banner from the absent ultras, would have been proud of.

Leroy Sane would have appreciated it, too.

"I heard the boos," said Nagelsmann afterward. "The fans should support the players. There isn't a player in the world who doesn't want to perform at his best."

At full-time, Sane emerged from the dressing room to complete a warm-down with other substitutes on the pitch as the stadium emptied.

It wasn't his day, but Bayern — and Nagelsmann — have their first Bundesliga win of the season.