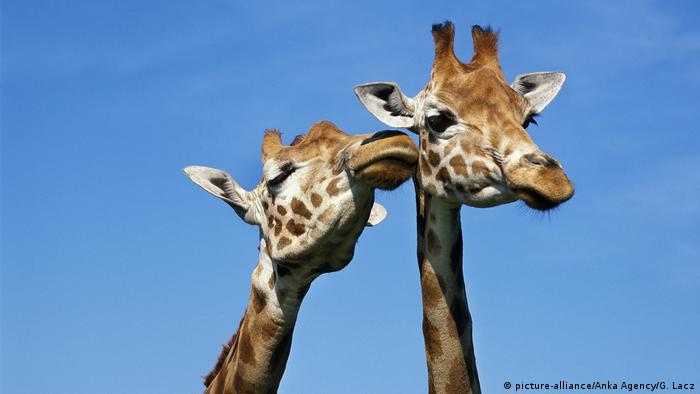 For the first time, nations moved to protect giraffes as an endangered species on Thursday.

The vote, taken in a key committee of the Convention on International Trade in Endangered Species (CITES) paves the way for the approval of a measure which would regulate the world trade of giraffe parts including hides, bone carvings and meat.

The provisional decision is expected to be endorsed at a plenary next week, according to officials, and the requirement would come into effect 30 days after that.

Some 106 parties to the UN-backed wildlife treaty voted in favor of the giraffe protection motion, while 21 voted against, with seven abstentions. The proposal ultimately overcame objections from some African countries and received praise from conservationists.

The Wildlife Conservation Society expressed concern regarding the numerous threats to giraffes that have resulted in a decline in their population, from habitat loss, droughts worsened by climate change, and illegal killings and trade in giraffe body parts.

"So many people are so familiar with giraffes that they think they're abundant," said Susan Lieberman, vice president of international policy at the Wildlife Conservation Society. "And in Southern Africa, they may be doing OK, but giraffes are critically endangered."

Giraffes are particularly at risk in parts of West, Central and East Africa, Lieberman continued.

Still, not all African countries were happy about the measure. "We see no reason as to why we should support this decision, because Tanzania has a stable and increasing population of giraffes," said Maurus Msuha, director of wildlife at the Tanzanian Ministry of Natural Resources and Tourism. "Over 50% of our giraffe population is within the Serengeti ecosystem, which is well protected. Why should we then go for this?"

CITES reported that the population of wild giraffes is in fact much lower than that of wild African elephants, and that the proposal was intended to address international trade in giraffes and their parts in particular.

Giraffes face "silent extinction," the Natural Resources Defense Council, a conservation group, said in a statement. The world's largest consumer of giraffe products is the US, according to conservationists.

That bear or kangaroo might look cute, but it's a wild animal, not a pet. Wildlife veterinarian Dr Jan Schmidt-Burbach spoke to DW about the need for humans to learn to respect that most basic rule of nature. (04.05.2018)