As rising temperatures threaten the survival of many plants and animals, one option could be to move them to more suitable climes. It's a divisive idea among scientists and conservationists. 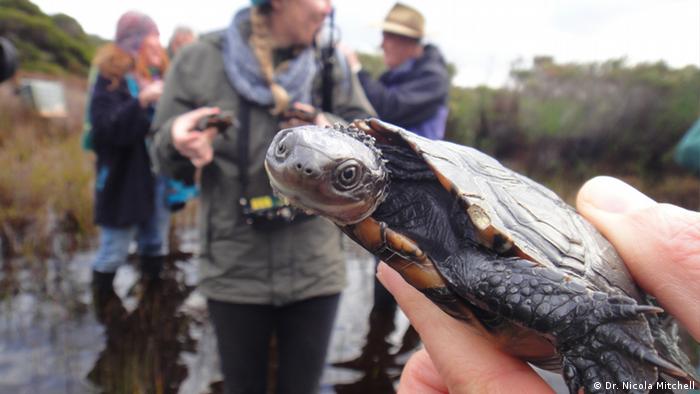 The tiny western swamp tortoise has big problems. It's critically endangered; its home is disappearing; it's a tasty morsel for invasive species like cats; and now there's climate change to contend with. So to stave off the pint-sized reptile's extinction, scientists are doing something unusual - and controversial.

A team led by experts from the University of Western Australia has relocated around a dozen captive-bred tortoises to two sites about 250 kilometers outside of their known range north and south of Perth, because climate change is drying up their swampy habitat. Although their new home is still a little cold, temperatures should be perfect there in about 50 years.

As part of the year-long trial, scientists are tracking the tortoises to see how they fare in a rare practical example of a disputed conservation tactic known as assisted colonization (or facilitated translocation).

The idea is simple: Climate change is already making the homes of many critically endangered plants and animals uninhabitable - and that's likely irreversible. So why not move them to a more a more suitable environment?

Human help for a manmade problem

Although the consequences of translocation aren't fully understood, the outcome has been positive in at least one instance. Chris Thomas, an ecologist with the University of York in the UK, says it could help hundreds of species - particularly birds and butterflies.

In an experiment several years ago, he helped move a number of butterflies to a habitat around 100 kilometers (62 miles) north of their usual home in northeastern England. The species now adorns literature promoting their new area. However, that species was not endangered. 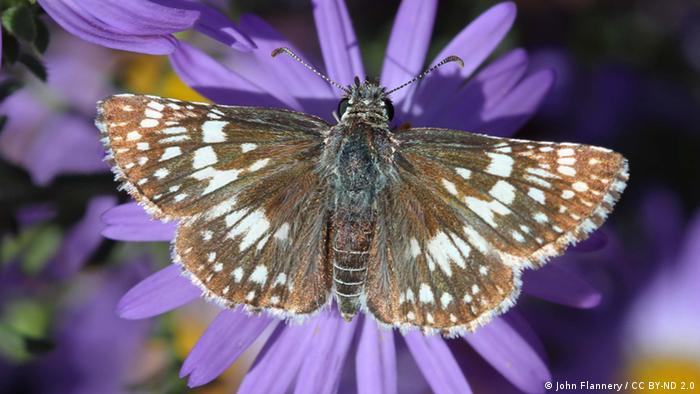 There's a difference between moving a common species down the road or a few hundred kilometers within one country versus shipping it across borders. The rules for this need to be hammered out. But Thomas says it does look like the best option for the survival of animals like Pyrenean desman.

The shrew-like, insect-loving rodent's fragmented riverside habitat in the mountains of northern Spain and Portugal is no longer welcoming, as rising temperatures dry up streams. Computer models show parts of Scotland, Wales and Scandinavia - where the species is completely alien - could provide a new home.

The Pyrenean desman is the only species of mammal in its entire genus, Thomas pointed out. So losing it from the planet would be "a serious conservation loss," he added. But it wouldn't be able to get down to the lowlands of France and then swim across the English Channel on its own - that's where people come in.

Back in Alaska - known for its spruce forests and freezing winters - Morton thinks there's also a case for careful translocation. The state has been warming twice as fast as the rest of the United States over the last half century.

Forest fires in the Kenai refuge have worsened, and a vicious 15-year spruce beetle epidemic that lasted well into the 1990s wiped out huge numbers of trees.

Although much has reforested naturally, large swathes didn't grow back, and have become grasslands. That has highlighted one obvious absence in the ecosystem that could be helped by moving in new residents: bison. The animal hasn't been present on the Kenai peninsula for 40,000 years.

"A large section in the south... does appear to be a case of deforestation where a spruce forest has been transformed into grassland and we do not have a true grazer to go with it," he says, referring to the roles herds play in maintaining grassland systems by breaking up soils and dispersing seeds.

For some, the risks of introducing a species to a new environment are too great. Amanda Rodewald, a professor of ornithology at Cornell University, agrees that rising temperatures are negatively affecting food sources and habitats. 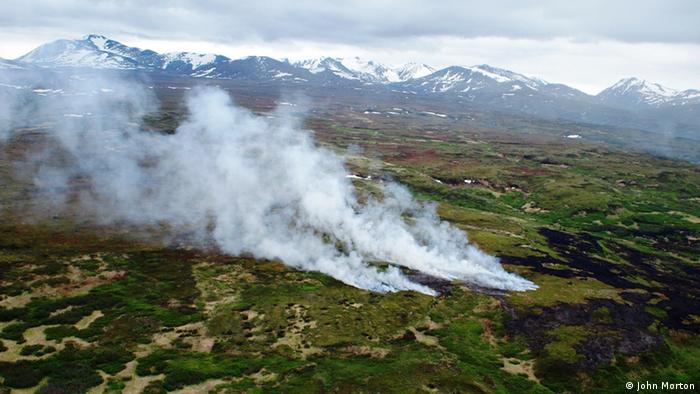 In Alaska, climate-change related wildfires are transforming the landscape

But Rodewald, who monitors the impact of climate change worldwide on bird populations, believes protecting existing environments should always be the first conservation priority.

"Establishing new populations may seem like a reasonable fix - but species do not exist in vacuums," she told DW. Organisms moved into new ecosystems or regions would face new risks - be this limited access to critical resources, isolation from other dependent species, or exposure to new predators, competitors, or pathogens.

When species have been introduced to new habitats in the past - either accidentally or intentionally - the impact has often been disastrous.

The appetite of Burmese pythons thought to have escaped from captivity into the wild in the Everglades, Florida, is threatening native wildlife. In the UK, the gray squirrel was introduced in the 1890s, and subsequently decimated native red squirrels through disease and competition for resources.

Reducing the risks in a risky business

Professor Daniel Simberloff, a renowned expert on invasive species from the University of Tennessee, underscores how difficult it is to know how a new species will interact with existing flora and fauna in an alien environment.

They wouldn't even know where to begin assessing the possibilities, he told DW. "[Assisted colonization] is just a very risky business," he said. There's no certainty that a manually introduced species will even survive, he added. "I don't think it's a great idea."

The risks are not lost on assisted colonization advocates. But Morton argues that unprecedented climatic conditions may require unprecedented conservation action.

"We do have a bad history of introducing the wrong species into the wrong place," he said. Morton acknowledges this as one of the main reasons the majority of his colleagues are still very resistant to assisted colonization.

"To do this in a smart way requires the very smartest ecological minds to help out."