Germany's WWII surrender: Should May 8 be a public holiday? 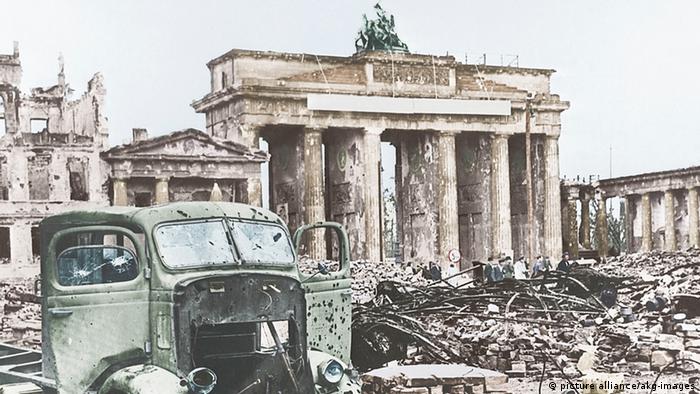 The weapons of World War II fell silent on May 8, 1945, and Nazi Germany surrendered unconditionally. German dictator Adolf Hitler had killed himself just days prior, unwilling to witness the fall of his "thousand-year empire."

His vision caused untold destruction: More than 60 million people lost their lives, more than 6 million Jews were murdered and broad swaths of Europe were turned to rubble.

For political prisoners and Jews who survived the concentration camps, or soldiers on the front, May 8 was a day of liberation.

But not everyone experienced it that way. Some 14 million Germans were uprooted. Rape, pillaging and murder took place as the conquering armies marched through the country. For many German prisoners of war, May 8 marked the beginning of an imprisonment from which some would never return.

As part of the Soviet Union's sphere of influence, East Germany was denied the democracy it touted in its name, the German Democratic Republic (GDR) for more than 40 years. Thus, for many Germans, May 8 marked the beginning of a new chapter of suffering. 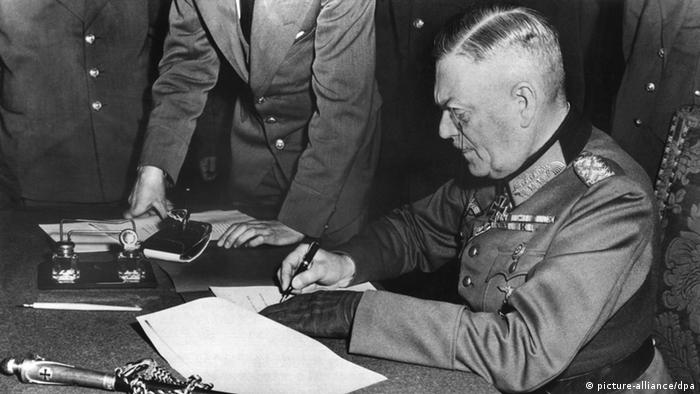 Legal philosopher Christian Hillgruber said "the ambivalence of that day" and the declaration of May 8 as a "day of liberation" would be "an inappropriate condensation of the breadth of its meaning."

In a famous 1985 speech commemorating the end of the war, former German President Richard von Weizsäcker spoke of those very different meanings.

"We must not regard the end of the war as the cause of flight, expulsion and deprivation of freedom," he said. "The cause goes back to the start of the tyranny that brought about war. We must not separate May 8, 1945, from January 30, 1933."

It was unusual for Weizsäcker to refer to the day as one of liberation, even 40 years after the end of the war. But the idea was not completely new. At the presentation of West Germany's newly crafted Basic Law on May 8, 1949 — and before becoming the first president of the fledgling Federal Republic of Germany (FRG) — Theodor Heuss called May 8 the day when Germany had been "at once saved and destroyed."

Nevertheless, for decades to come, emphasis was mainly placed on defeat rather than liberation in West Germany. In contrast, East Germany branded the day one of liberation from the start and instrumentalized it as the justification for its entire existence. Still, the day was declared such by party bosses, not by the wider society.

Read more: The Yalta Conference, where the postwar world began

Even in 1985, not everyone agreed with Weizsäcker's sentiments. Bavarian State Premier and Christian Social Union (CSU) Chairman Franz-Josef Strauss bemoaned the "endless process of coming to terms with German history as a form of permanent public penance."

In 1985, German President Richard von Weizsäcker called May 8 'a day of liberation'

Today, that doesn't sound much different from the more radical demand of "a 180-degree pivot when it comes to the politics of remembrance" that was called for by far-right Alternative for Germany's (AfD's) firebrand Björn Höcke.

Is there a more fitting day?

But how deeply is the idea of May 8 as the day of liberation from the Nazi regime anchored in German society? Christian Hillgruber said, "The vast majority of Germans see it that way today." But, he says, they do so in a manner that is "not very reflective and which young people do not know from personal experience."

Holocaust survivor Esther Bejarano has now proposed establishing May 8 as a national holiday in Germany. In an open letter to German President Frank-Walter Steinmeier, Chancellor Angela Merkel and members of the Bundestag, she wrote that such a holiday would help people, "finally understand that May 8, 1945, was the day of liberation and the toppling of the Nazi regime." 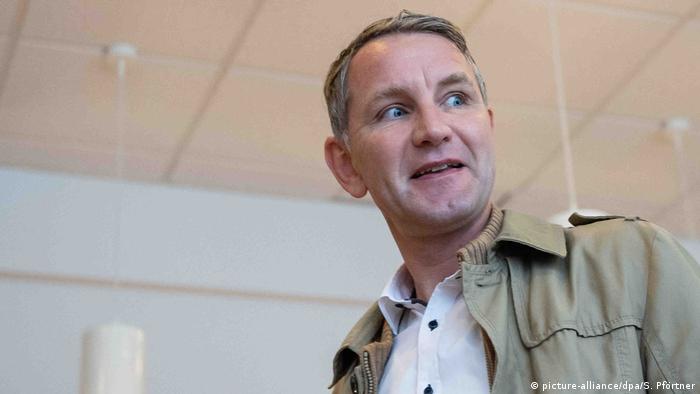 Bejarano received broad support for her proposal from German lawmakers. Green party parliamentary group leader Katrin Göring-Eckardt described May 8 as the day that made a democratic Germany possible and as a reminder of the dangers of relativizing German atrocities. Left party politicians voiced similar views, and Michael Theurer of the business-friendly Free Democratic Party (FDP) suggested it be made a holiday across the entire EU. No politician of weight has come out against the idea, yet neither has anyone from Chancellor Angela Merkel's Christian Democratic Union (CDU) come out in favor of it.

As Bejarano is mainly concerned with remembering Jews murdered during the war, Christian Hillgruber pointed to January 27, the day of the liberation of the Auschwitz-Birkenau concentration camp, as a "more fitting day." Hillgruber said that is because "it truly stands for something that can be undeniably seen and celebrated as a liberation: The end of Nazi terror, and the persecution and murder of millions of human beings." January 27 was declared a national day of remembrance in 1996, but not a national holiday.

"Official interpretations of history can only be an offer — one that each individual is free to accept or not," he added. 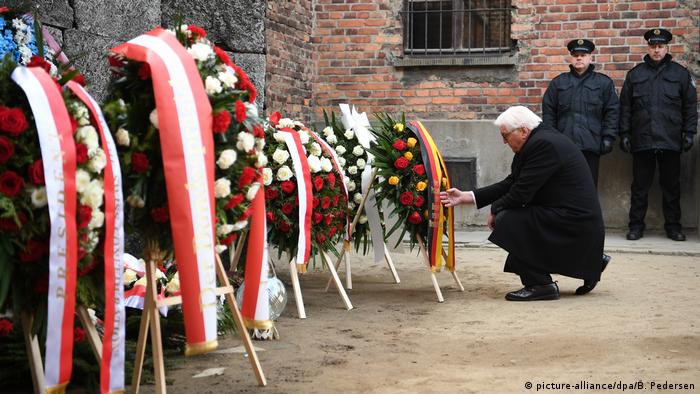 German President Frank-Walter Steinmeier: 'Evil spirits of the past are reappearing'

Speaking with German public news outlet Deutschlandfunk on the 70th anniversary of the end of the war, and at a time when the Left party was calling for May 8 to be declared a national holiday, historian Norbert Frei of Jena said: "I don't think we should always attempt to craft new laws to codify our thoughts on history and our consciousness of it ( … ) In general, I would say historical reflection — which is very important — should, and must, come from society itself, and not be prescribed by laws."

More than anything, Christian Hillgruber said he sees another problem – fatigue.

"In my opinion, we already have far too many days of remembrance," he said. "That diminishes the meaning of each. And it wears many people out."

He said the threat of fatigue is greatly enhanced when the message "is constantly delivered in a patronizing and lecturing manner."