German Defense Minister Ursula von der Leyen has acknowledged major shortfalls in equipment for the Bundeswehr's military, especially in the air force. She said Germany is unable to deliver its defensive NATO promises. 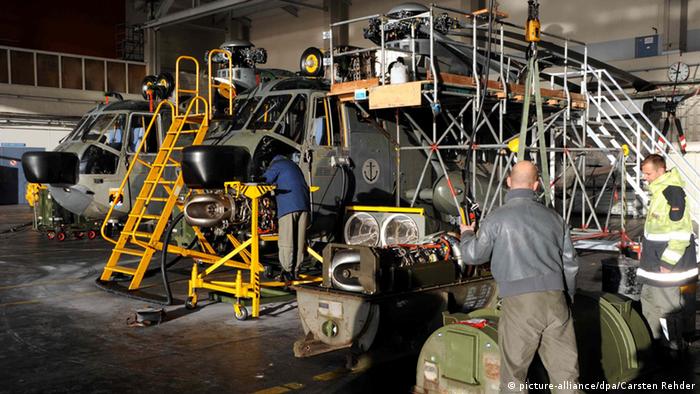 Germany could not currently fulfill its NATO commitments in the event of an attack on a member of the alliance, owing in part to severe backlogs in replacement parts for its aircraft.

"With our airborne systems we are currently below the target figures announced one year ago, defining what we would want to make available to NATO within 180 days in the case of an emergency," Defense Minister von der Leyen told the "Bild am Sonntag" newspaper. "Delays for replacement parts for our planes and the missing helicopters are the reason for this."

On Saturday, news magazine "Der Spiegel" reported that the promised fleet of 60 Eurofighters could not currently be provided, while the "Süddeutsche Zeitung" daily paper had reported that von der Leyen had called an emergency meeting on the matter on Friday. 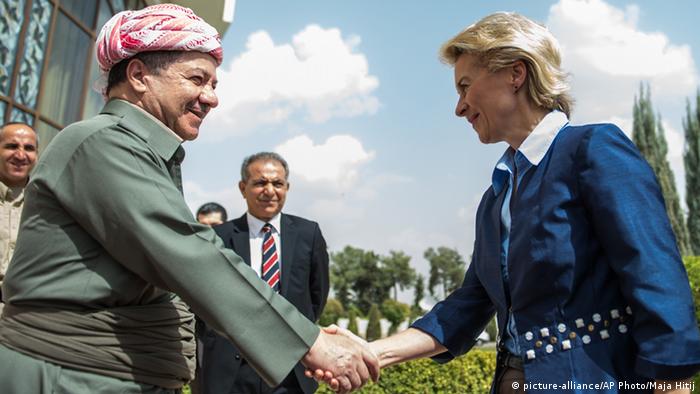 Von der Leyen met President Barzani in Iraqi Kudistan, but had to tell him German help was delayed

The bulk of Germany's air force is currently grounded. Only 42 of 109 Eurofighters are currently ready for service, while 38 of 89 Tornado fighters could take to the skies. Earlier in the week, problems with Sea Lynx helicopters currently serving in the EU's anti-piracy mission off the Horn of Africa became public knowledge, months after the issue was first identified. As for Germany's fleet of C-160 transport planes, just over half - 24 of 43 - are in service; their replacement model, Airbus' A400M currently in development, is behind schedule. Von der Leyen said she would look into the possibility of leasing equipment to plug some gaps, saying it would take years to build up a full fleet of A400M aircraft. 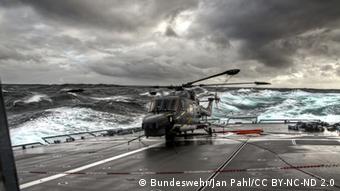 The first German delivery of weapons for Kurdish fighters in northern Iraq arrived on Friday, delayed due to technical problems. Von der Leyen visited the region on Thursday, on a trip that embarrassingly did not coincide with the delivery's arrival.

Her predecessor as defense minister, current Interior Minister Thomas de Maiziere, suffered similar problems in the run-up to the 2013 general elections, when a costly unmanned high-altitude drone project was scrapped weeks before completion due to problems gaining flight clearance.

Germany willing to increase military role, but is it able?

The Bundeswehr's aerial woes could scarcely have come to light at a less opportune moment. Earlier on Saturday, Foreign Minister Frank-Walter Steinmeier told the UN General Assembly that Berlin was ready to take on a greater international role. This has been a running theme for months, with President Joachim Gauck, Chancellor Angela Merkel and other top politicians repeatedly laying the groundwork for a less passive German military in the 21st century. 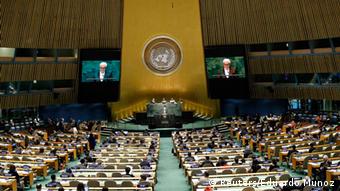 Politicians in both the grand coalition and the opposition have called for the Defense Ministry to invest more to plug the gaps, with the conservative CSU's defense expert Florian Hahn saying that the Bundeswehr had not been spending all its available resources. Hahn told newspaper "Die Welt" that between 2008 and 2014, the military sent back a total of 4 billion euros (roughly $5 billion) that parliament had authorized for the Bundeswehr.

"From 2016 it will be necessary to increase the budget - by whatever amount of money is necessary to fulfill all our commitments," Christian Democrat defense expert Henning Otte told the "Welt am Sonntag," adding that no funds should be returned to the federal government in 2015 either.

Hans-Peter Bartels, a defense expert with Merkel's junior coalition partners, the Social Democrats, said the case now posed a "challenge" for von der Leyen. "It is good that these problems are no longer being kept under wraps," he said.

Katrin Göring-Eckhardt, a leading figure for the opposition Greens, said that if Germany intended to become more active militarily, it would have to provide its troops with the right equipment.

"Anyone who is talking about taking responsibility in the world must also meet their responsibilities to their own soldiers, who risk a great deal in the field and must be adequately equipped," she said.

Media reports in Germany had on Saturday suggested that von der Leyen was planning to sack the Bundeswehr's head of purchasing programs, Harald Stein. However, a Defense Ministry spokesperson later told public broadcaster ARD that "no dismissals are currently pending," describing reports to the contrary as "nonsense." 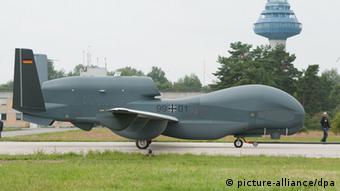 Developed, paid for, and then cancelled: the Euro Hawk surveillance drone

Von der Leyen has already dismissed one official as a result of the Bundeswehr's array of equipment difficulties, sending the politician in charge of military administration and acquisitions, Stephane Beemelmans, into early retirement earlier this year. At a parliamentary inquiry into the cancelled Euro Hawk drone project in July 2013, Beemelmans had taken the blame for the lack of information about the problem, one that even then-Defense Minister de Maiziere had described as a surprise.

"I informed him [de Maiziere] to the extent that I thought necessary," Beemelmans told the inquiry. "I then discovered that he considered more to be necessary."

Germany has sought to take up a somewhat more active role internationally, after decades adhering to an overwhelmingly pacifist constitution formed after World War II. Von der Leyen told "Bild am Sonntag" that current missions around the world were not directly threatened by the equipment problems.

The first delivery of German arms has landed in Iraq after a delay caused by technical difficulties. The delivery marks a departure from a post-war policy to not send arms to conflict zones. (26.09.2014)

Opinion: Mishaps can be politically useful

The transport of 600 tons of gear from Germany to Kurds in Iraq began with a series of embarrassing mishaps. But German Defense Minister Ursula von der Leyen may still benefit from the glitches, says DW's Felix Steiner. (25.09.2014)