Germany's defense minister, Ursula von der Leyen, has made a surprise visit to Iraq to hold talks with Kurdish leaders. The visit comes a day after Germany began delivering arms to Kurdish fighters. 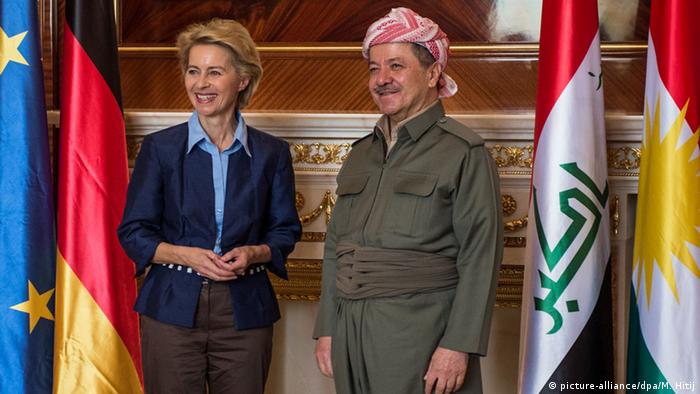 The German defense minister travelled to northern Iraq on Thursday to hold talks with Kurdish leaders about the fight against "Islamic State" (IS) extremists and Berlin's efforts to help with arms deliveries.

Ursula von der Leyen flew into the city of Irbil, where she was scheduled to meet with the president of Iraq's largely autonomous Kurdish region, Masoud Barzani, Germany's DPA news agency reported.

The visit comes hours after Germany began delivering arms to the Kurds, dispatching a shipment of hand-held anti-tank weapons, rifles and machine guns.

Overall, the German plan calls for arming 10,000 Kurdish fighters with around 70 million euros ($ 90 million) worth of equipment.