The majority of the German Bundeswehr navy's helicopter fleet is currently out of service. A recurring fault was found on "Sea Lynx" choppers currently being used for the EU's anti-piracy mission off the Horn of Africa. 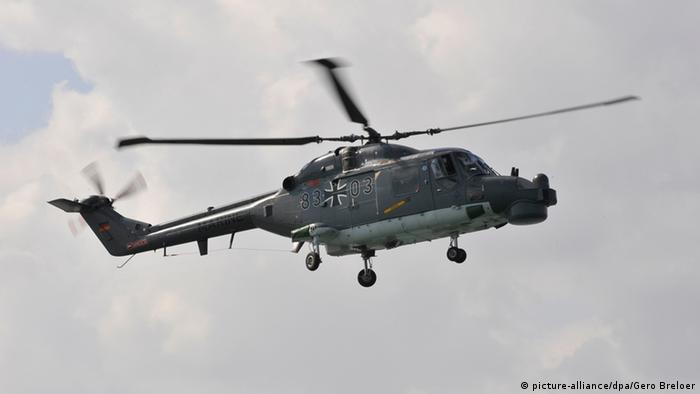 On Monday, Germany's Defense Ministry confirmed a report first published in the Süddeutsche Zeitung daily, saying that 22 of the Bundeswehr's navy helicopters were currently not in the skies.

Fifteen of the Sea Lynx Mk88A choppers were recalled after a recurring fault was identified on the models. A tear or hole about 20 centimeters (7.8 inches) in length was first noted on the tail of a Sea Lynx aboard the carrier "Lübeck" in June. Precautionary checks then identified similar, but less advanced, problems on several other Sea Lynx helicopters.

"It's correct that the 22 navy helicopters currently are not in the skies," Defense Ministry spokesman Jens Flosdorff said, calling the recall a "precautionary" measure. "Of course we are tackling the issue as a matter of priority." 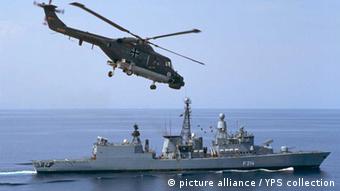 The first faulty chopper discovered was serving on this Lübeck carrier

The Defense Ministry said it believed the vehicles could be cleared to fly again early in 2015. In total, Germany's navy operates 43 helicopters; 22 of the Lynx choppers made by the UK firm Westland Aircraft, and 21 of the larger Sea King model from the same manufacturer.

The Bundeswehr's navy is taking part in the EU's "Atalanta" anti-piracy mission of the Horn of Africa. Although the helicopter problems could hinder German participation in the mission, the Defense Ministry said that partners such as Italy, France and the United Kingdom could pick up the slack.

The Bundeswehr's new planned transport plane, the Airbus A400M, was also facing development problems, months before its scheduled entry into service. On Monday, the Defense Ministry conceded that the first plane, expected at the end of this year, would "not comprehensively achieve everything set down in the contracts." Negotiations therefore continued with Airbus, according to the ministry.

The German military's equipment has come into sharp focus as politicians try to reform and streamline the Bundeswehr. Furthermore, many of the recent developmental problems have impacted on military aircraft. Last year's cancellation of a planned high-altitude reconnaissance drone - which was almost ready to take to the skies - prompted severe criticism of the defense minister at the time, Thomas de Maiziere.

De Maiziere has since been shuffled across to the Interior Ministry, with Ursula von der Leyen - a fellow member of Angela Merkel's Christian Democrats - taking up the defense portfolio.

Thomas de Maiziere is Germany's new -and old- interior minister and a close confidant of Angela Merkel. Sometimes tipped as a future chancellor, his political career has recovered from a surveillance-drone scandal. (16.12.2013)