The woman, who wears a niqab, had argued a law against driving with the face covered violated her religious freedom. Germany's top court rejected her motion. 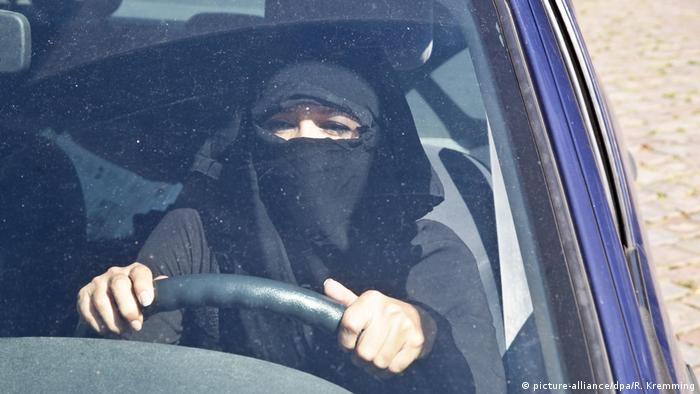 File image of a woman driving with a full-face veil

Germany's top court on Monday rejected a Muslim woman's request to suspend a ban on driving while wearing a face veil.

The woman had argued that the face veil ban for drivers violated her religious freedom.

The Karlsruhe-based court found the woman, who has worn the niqab for seven years, failed to explain how the law violated her religious freedom or why she faced harm driving unveiled.

According to traffic laws, drivers must have "unhindered all-around visibility" in order to protect other drivers and may "not cover up or obscure their face so that it is no longer recognizable."

The law, which was approved in September last year, also aims to help police identify and prosecute drivers for traffic violations.

The decision means the woman won't be able to complete her driver's license, because she cannot finish the required driving lessons or do the test. The woman said she needed the driver's license because she is a single mother and lives in a rural area.