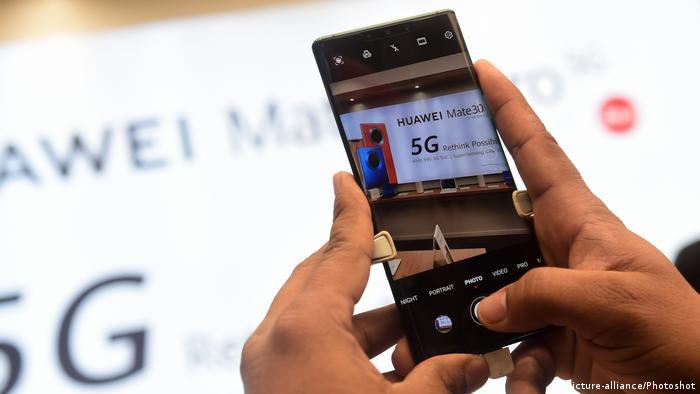 "I'm against taking a product off the market just because there's a possibility that something might happen," Seehofer told the Frankfurter Allgemeine Zeitung.

He warned that generally excluding the Chinese company could delay the rollout of the network by five to 10 years.

"I don't think we can quickly build a 5G network in Germany without Huawei taking part," the interior minister said.

He added that he is "in complete agreement" with Chancellor Angela Merkel on the issue.

The United States is pressuring the German government to exclude Huawei, arguing that the company's technology comes with "back doors" that would enable China to spy on other countries or sabotage their internet networks.

Merkel's own conservatives are divided on shutting out the Chinese vendor and have also raised security concerns.

Seehofer told the Frankfurter Allgemeine Zeitung that Germany could put additional safety nets in place to ensure the security of the system, although he did not mention what those measures could be.

The interior minister added that no German company is currently in a position to build the network and that there are only two firms in Europe that could possibly do so.

Merkel has so far resisted pressure from Washington to ban Huawei, saying that Germany will push for strict security requirements but not exclude specific companies. The junior partners in her coalition government, the center-left Social Democrats (SPD), are pushing a proposal that would effectively shut out the Chinese firm —  a measure that has gained traction with some of Merkel's conservatives.

Huawei has strongly rejected allegations from US President Donald Trump's administration that its equipment could be used as a tool for espionage by the Chinese government. The US levied sanctions against the company last year.