Germany's Catholic and Protestant churches may lose half their members by 2060, according to a study. A drop in membership is expected to lead to a major budget shortfall. 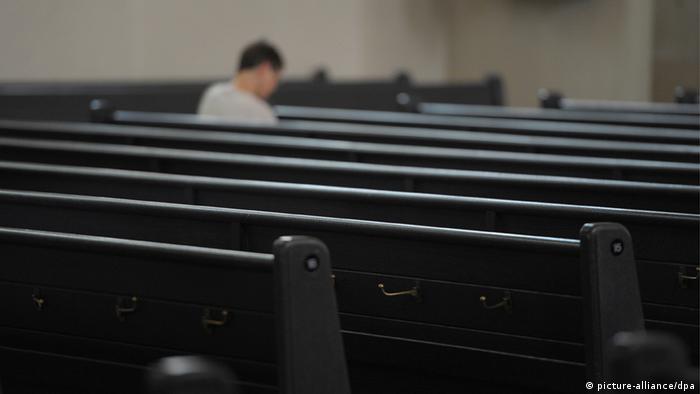 The number of members belonging to Germany's two main churches will drop by half by 2060, putting severe financial strain on the religious institutions, according to a study published Thursday.

The main reasons for declining membership in the German Catholic and Protestant churches include adults leaving the church, fewer baptisms and an aging population, researchers at the University of Freiburg said.

The study, which was commissioned by the Catholic German Bishops Conference and the Evangelical Church in Germany (EKD), predicted the combined membership in the two churches will drop from about 45 million now to 34.8 million by 2035 and 22.7 million by 2060.

Members of the Catholic and Protestant churches pay up to 9% of their taxable income to the church, generating around €12 billion ($13.5 billion) in income in 2017.

The income is predicted to remain the same in 2060, but with inflation, rising maintenance costs and salary increases the two churches will need €25 billion, according to the study.

The projected budget shortfall is a wakeup call for the churches after years of low unemployment and economic growth boosted their coffers.

"These changes will happen and it's good to focus on the questions of tomorrow during the present economically good situation," said Bishop Heinrich Bedford-Strohm, head of the EKD Council.

Cardinal Reinhard Marx, chairman of the German Bishops Conference, views the study as "a call to missionize."

The head of the study, economist Bernd Raffelhüschen, said the churches would have to develop new strategies to retain members and grow in order to overcome looming financial shortfalls.

Religiosity reigns in US, on the wane in Western Europe

A new data analysis shows US adults are more religious than those in Western Europe. Even those who have no religious affiliation are more likely to believe there is a God — and to pray. (07.09.2018)