Top officials of Germany's right-wing AfD party say they want France and southern European countries excluded from Europe's common currency. The party leaders say these countries are a political problem for the eurozone. 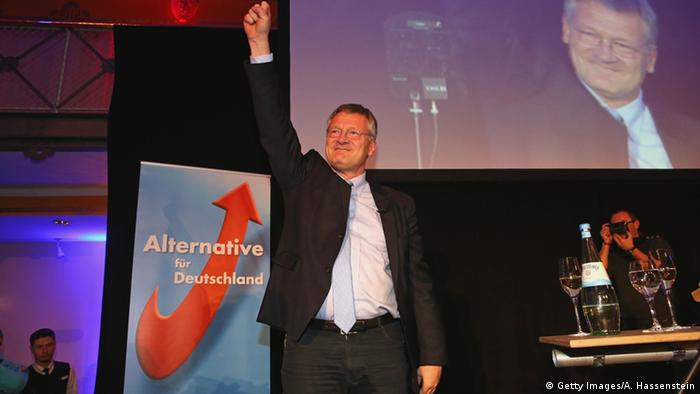 "We can have a common currency with the Netherlands, Austria, Finland or Baltic states. They have similar cultures of stability like ours," Joerg Meuthen, the co-leader of the Alternative for Germany (AfD) party, told the daily Frankfurter Allgemeine Zeitung in an interview to be published on Monday.

The AfD leader told the paper that the political culture of France and the southern European states was different from Germany's. "They don't want austerity at all," Meuthen underlined.

Formed three years ago, the anti-migrant AfD is now represented in half of Germany's 16 state assemblies as well as the European parliament. The AfD is hoping to cash in on the increasing anti-migrant and anti-Islam sentiments in Germany and enter the national parliament next year.

The AfD's deputy leader Alexander Gauland shares Meuthen's views on the exclusion of France and the southern European countries from the eurozone.

"No one wants to throw France out. But France is certainly a political problem. And for that, I have no solution," Gauland said.

If France cannot afford to remain in eurozone economically, then one must look for other structures, he added.

France is the eurozone's second biggest economy after Germany, but has been struggling to reduce unemployment and national debt.