Germany′s left has more to lose from the AfD than Merkel | Germany | News and in-depth reporting from Berlin and beyond | DW | 05.09.2016

Amid talk of Merkel's defeat in Mecklenburg-Western Pomerania (even though she wasn't actually a candidate), there was little discussion of the winners. But the SPD and the Left also lost votes to the right-wing AfD. 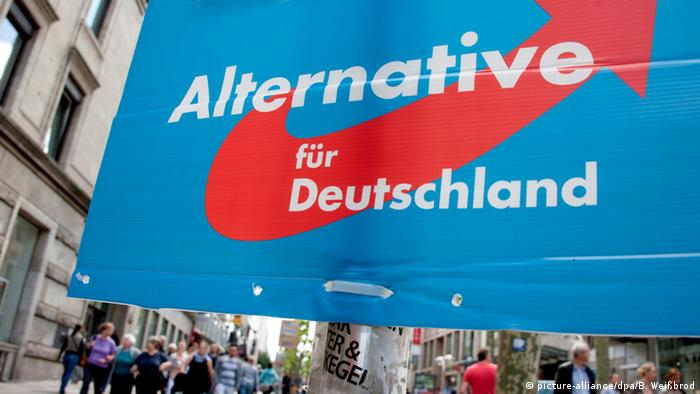 "Holding your course pays off!" The Social Democratic Party's Facebook post following Sunday's victory in Mecklenburg-Western Pomerania echoed the pitch the party had made throughout the election campaign - their candidate Erwin Sellering, the northeastern state's premier, would offer much-needed stability in uncertain times.

The SPD duly won over 30 percent of the vote and will almost certainly continue its coalition government with the center-right Christian Democratic Union in the state.

But the victory party was tinged with relief - and fear. While international headlines have been feverishly reporting Chancellor Angela Merkel's defeat in her home state, the left half of Germany's political spectrum - which usually counts eastern Germany as a stronghold - also suffered significant losses at the hands of the insurgent Alternative for Germany (AfD).

Highs for the SPD

Despite an increased turnout on the last Mecklenburg-Western Pomerania election (61 percent as opposed to 51 percent in 2011), all the major parties in the state lost a share of their vote. The SPD, the CDU, the Left, and the Greens dropped between four and five percentage points each - a result that of course had a more devastating effect on the latter two, as they were smaller parties to begin with. 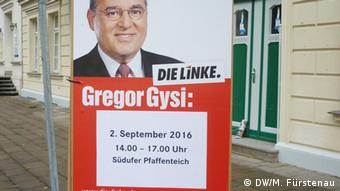 But the SPD had more reason than the others to put a positive spin on the night. "Despite everything, the SPD did score a surprisingly good result, because at one point their poll ratings were significantly worse," said Stefan Merz, director of election polling at the infratest dimap group. "But it's very clear that in the home straight their candidate was very good at mobilizing voters."

Crucially, the SPD scored especially well with voters who only made their mind up towards the end of the campaign. "It was a real classic final sprint," Merz told DW. "In the state's politics, the party certainly had decent results - it was clear the people trusted the SPD to solve the problems in many areas of policy. [Sellering] as an individual also had especially good ratings."

The incumbent state premier's personal popularity is undisputed: if he had been directly elected on Sunday (in Germany, parliamentary representatives elect state premiers, not voters themselves), some 65 percent of people said they would have voted for the moderate left candidate, according to infratest dimap.

"Like all the other parties, the SPD lost a lot of votes to the AfD, but it largely managed to compensate for these elsewhere, for example from the Greens and from non-voters," said Merz. "If you look only at the absolute number of voters, the SPD actually got as many votes as it did five years ago, but because the turnout was much higher its proportion of the vote sank."

Lows for the left - and especially the Left

But this success is superficial, according to Josef Janning, German political analyst at the European Council on Foreign Relations. For him, Sunday's result showed that while the SPD may have won the state, the left-wing parties could have even more to lose at the national level. "The prospect of a coalition of left-of-center parties is waning, even in light of a party to the right of the CDU," he told DW. "Which they did not expect - they expected that if anything, the emergence of the AfD would rather push the scenario [of a left-wing coalition] than kill it. They are more vulnerable than they thought they were." 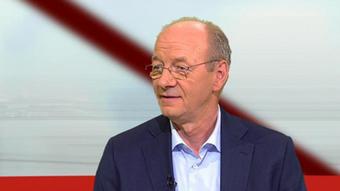 Janning believes populist rhetorics are no solution for major parties

Janning believes there is a growing group of "free-floating" protest voters which swings towards whichever party is currently most effective. That is, without doubt, the AfD - and polls suggest that the Left party actually has the most to fear from the populist right-wing movement.

"For the Left party, the AfD really is a very, very big challenge," said Merz. "For one thing, the Left has always been a protest party, especially in eastern Germany. It was the party that spoke to the most dissatisfied voters, and for that clientele the AfD is currently a lot more interesting, because the current protest issue is immigration, not Left party issues like the minimum wage. Even among the Left party's own supporters, one in three said their party was too positive about refugees."

For the SPD, meanwhile, the AfD poses a different challenge. As Janning put it, the perception of Merkel's refugee policy is becoming increasingly decoupled from what her policy actually is, and many AfD voters are living in a "self-referential context" where they trust neither the media nor mainstream politicians. "There is a systematic missing of information," said Janning. "So you can conduct a campaign on what people fear might happen, but which basically has no evidence in the area you campaign in."

"This is a particular challenge for the SPD, because they can never allow themselves to wander off into these realms," said Janning. "The Left party can do this, because nobody really expects them to govern [on a national level]. The Left party can live in a political dreamland, but the SPD cannot do that."