"Anti-Semitism is becoming socially acceptable again," said Katarina Barley. Her statements came in the wake of an anti-Semitic attack that shocked Berlin. 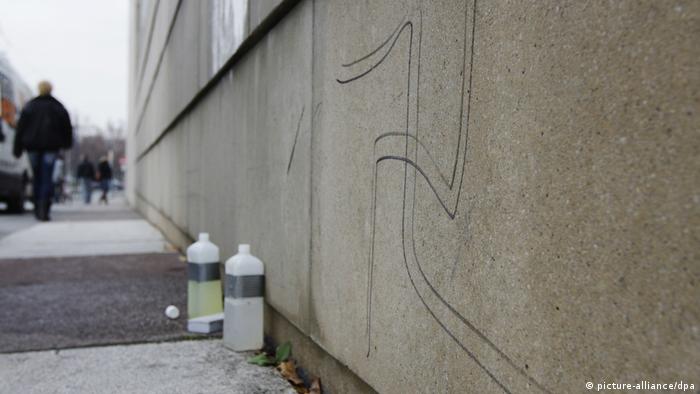 Germany's Justice Minister Katarina Barley warned about rising anti-Semitism on Saturday following an assault on a young man wearing a kippah in Berlin.

"We have to admit that anti-Semitism is becoming socially acceptable again," Barley told the Funke Media Group. "It's our job to work against this development."

Barley said that it was important to stress to newcomers that religious discrimination "has no place in Germany," and that "anyone who promotes anti-Semitism will have to reckon with the firm hand of the law."

On Tuesday, a young man called Adam, an Arab Israeli, decided to wear a Jewish skullcap in his Berlin neighborhood as a social experiment – to see if he would face prejudicial treatment, as a friend told him he might.

In a video shared widely on social media, Adam and his companion were rushed at with belts by a man yelling "Jew" at them in Arabic.

"At that moment I realized I have to take a video of it. I wanted to have evidence for police and the German people and the world to see how terrible it is these days as a Jew to go through Berlin streets," he told DW.

His alleged assailant has been arrested.

In response, Berlin's Jewish community is planning a "Berlin wears a kippah" campaign, mobilizing people of all religions to don the head covering in a show of inter-faith solidarity.

According to Germany's anti-Semitism commissioner, "1,500 anti-Semitic attacks are registered by police every year."

A young Israeli wearing a Jewish head covering in Berlin was attacked. Has wearing indicators of certain religions become dangerous in Germany? And what does the Jewish yarmulke stand for? (19.04.2018)