But women in Germany are still not having enough babies to ensure the total population stays constant. The new figures do however put Germany near the European average. 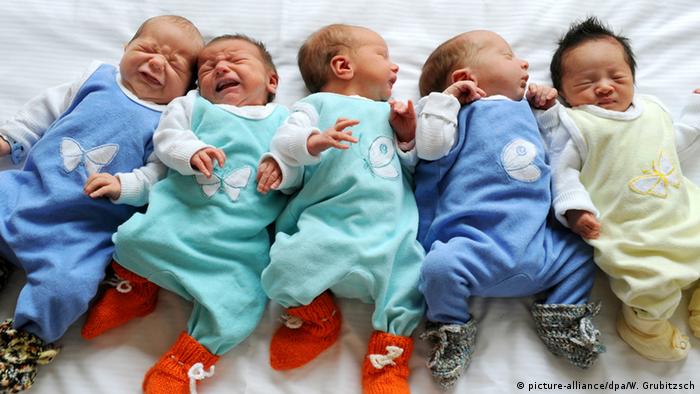 Germany in 2016 recorded its highest fertility rate since 1973, the Federal Statistics Office reported on Wednesday.

The latest figures are part of an upward trend for Germany, Europe's biggest country by population, which has suffered from low birth rates since the 1970s.

What the numbers tell us:

Germany is near the average compared to other EU countries

Why are there more babies? The Federal Statistics Office said women between the ages of 30 and 37 were more frequently having children. Many of them did not have children when they were younger, which was in stark contrast to older women, who more frequently had children before they turned 30.

Turkish mothers top: Women with Turkish citizenship gave birth to the most babies (21,000) among non-Germans. They were followed by Syrian women (18,000 births) and Polish women (12,000 births).

Why are the 2016 figures only now available? The Statistics Office said a new method for processing the data had led to "significant delays" in the publication of the data.