Germany has become the first European country to allow babies to be registered as being of indeterminate sex. Intersex advocates have welcomed the move, but say it is only a first step towards acceptance and equality. 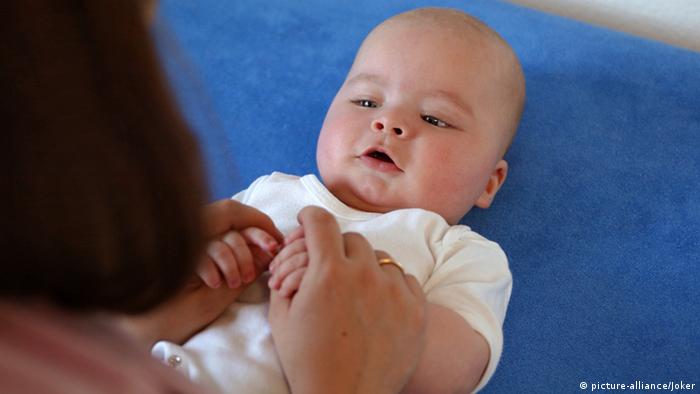 From November 1, parents in Germany no longer have to fill in the field for gender on birth certificates, effectively creating an intersex option in the public registry.

The change is intended to remove pressure on parents of children who have characteristics of both sexes to quickly decide on controversial sex-assignment surgery for their newborns.

The law follows a 2012 report by the German Ethics Council, which advises the government and parliament on complex ethical issues.

"Many people who were subjected to a 'normalizing' operation in their childhood have later felt it to have been a mutilation and would never have agreed to it as adults," the report said.

It described the necessity of being entered in the registry as "female" or "male" as being an unwarranted intrusion upon personal rights and the right to equal treatment.

However, the new law "is not adequate to fully resolve the complex problems of intersex people," a spokesman for the German Interior Ministry said.

For example, marriage in Germany is reserved for a man and a woman, and civil partnerships can only be entered into by two people of the same sex.

Intersex advocates have also voiced concern about other problems that arise in a society based on a gender binary, with some even claiming that the new law could trigger discrimination

"Schools have toilets for boys and toilets for girls. Where will the intermediate child go?" said Silvan Agius, policy director at ILGA Europe, a lesbian, gay, bisexual, trans- and intersex rights group.

Agius also mentioned sports as another field where gender indeterminacy could be a problem, as schools often offer separate activities for girls and boys.

"[This law] does not immediately create a space for intersex people to be themselves," Agius said, adding that Europe lagged behind on gender identity rights.

Australia earlier this year began allowing individuals, and not just newborns, to be identified as intersex on personal documents. It also made gender identity a protected category under federal anti-discrimination laws.

Experts estimate the population of intersex people at one in 1,500 to 2,000 births. Advocates say the number is much larger, partly owing to the difficulty of defining intersexuality physically or hormonally.