Third sex option on birth certificates | Germany | News and in-depth reporting from Berlin and beyond | DW | 01.11.2013

On November 1, an "indeterminate" sex option will be introduced on birth certificates in Germany. The move is a first in Europe, but advocates for intersex rights say it’s a minor step in the struggle for recognition. 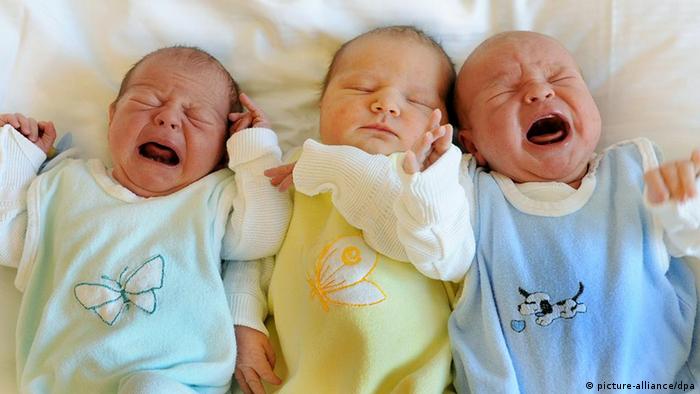 Katharina Berg remembers the confusion she felt after giving birth to her second child. For months she and her husband had been expecting a girl, they even had a name in mind. So they were shocked when the hospital doctor told them he wasn't sure whether their baby was male or female.

"We were somewhat dumbfounded by that diagnosis," said Berg, who doesn't want her real name used in this article. "It wasn't clear if it was a girl or a boy, or an intersex person, which at this point I hadn't even considered.

"We had never heard of such a thing as intersex. Never."

Reliable figures are scarce, but rough estimates suggest around 1.5 percent of children are born intersex. This means they cannot be identified as male or female because of physical variations, which could include ambiguous genitalia or less-visible chromosomal, genetic or hormonal differences.

Currently, intersex children in Germany are assigned a sex at birth, and then raised in the corresponding gender. Doctors told Berg and her husband most intersex children with their child's characteristics had been put in the girls' category, and around 75 percent accept the gender role. They opted to register their child as a female, but they also made the early decision to be very open about her unique situation.

"We told our child that at first we didn't know whether she was a girl or boy," Berg said. "We just said, 'you had a few puzzle pieces of both and we didn't know where to put you, so we put you with the girls, but really you are the one that has to teach us, you have to tell us who you are.'"

Now her child is eight years old, and has made it clear she doesn't quite like being a girl. 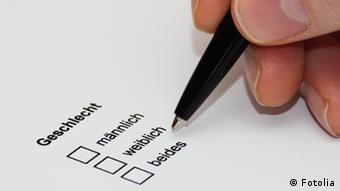 On November 1, Germany will become the first country in Europe to introduce an alternative "blank" sex category on birth certificates, alongside the options "male" and "female." The law has generated a significant amount of interest locally and overseas, but advocates for intersex rights have mixed feelings about the impact it will have.

"Honestly it's been advertised like it's a major step forward and that is not quite as we and the international intersex community that we work with see it," said Silvan Agius, policy director for ILGA Europe - the European chapter of the International Lesbian, Gay, Bisexual, Trans and Intersex Association.

"Few parents know that their child could be born intersex, let alone fully understand the issues, or are ready to bring up their child outside the gender binary for a while," he told DW. He added that while the law could raise awareness about intersex issues, it doesn't go far enough.

Calls for surgeries to be banned

For many activists, a more pressing concern 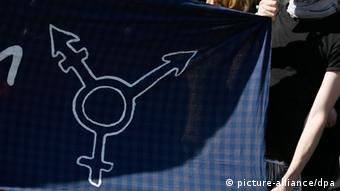 is that doctors are allowed to perform cosmetic surgery on infants to make ambiguous genitalia conform to the male or female standard.

Simon Zobel, the international advisor for the Federation of Intersex People in Germany, has seen the devastating physical and psychological effects operations can have later in life.

"It's like an abuse," he said. “If you are operated on, you can't reconstruct the body. The organs that are taken are gone forever. The legislation is a welcome effort to recognize diversity, and it tries to decrease the pressure sex assignment might put on parents. But it doesn't address outdated medical ideas."

Zobel is concerned that an undetermined sex option, without any medical rethink, could, in some cases, put more pressure on parents to go down the surgery path.

"For many parents it's still a problem to have a child who can't be determined as male or female at birth. They are terrorized by the idea," he said. "Imagine living with a registration as undetermined?"

In October the Council of Europe adopted a resolution on the protection of children's rights to physical integrity, demanding that no-one be "subjected to unnecessary medical or surgical treatment that is cosmetic rather than vital for health during infancy or childhood." 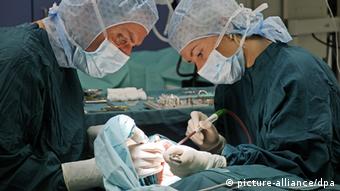 According to Agius it's a promising sign. He said while the situation across Europe remains "bleak" for intersex people, Australia has implemented some important changes, including world-first anti-discrimination legislation that protects "intersex status."

Morgan Carpenter, President of the Organization Intersex International Australia, said another category on birth certificates won't improve the lives of intersex people, and the focus should instead be on ending cosmetic surgeries on infants, and introducing anti-discrimination legislation.

"The fact that the [German] government is introducing a new status for children in terms of their sex status, while not protecting them from discrimination and adverse consequences, I think that that's horrendous," he said.

Out in the open

Like other parents in a support group she attends, Katharina Berg has had her share of worries about the stigma her daughter might experience as she grows up. Some in the circle have condemned the law as a compulsory "forced outing" of intersex children. However, Berg believes children with an open sex can still be raised with a gender, which they can reject or accept when they're old enough.

In her family's case, talking openly about the ambiguity of her child's sex and gender identity has worked out better than she ever could have imagined. For example, her eight-year-old is registered as a female, but at school she's allowed to use the boys' bathroom and changing room. Today Berg's primary concern is that her child can feel good about who she really is.

The new law, she says, will help people in her position: "I think it's great that for the first time in German law it's recognized that our culture has intersex people. [Eight years ago] we didn't know anyone that was intersex, but to know that there's a space for that in the law, I think would have given me some confidence."

A 48-year-old woman who was forced to live much of her life as a man won a damages lawsuit in a 30-year-old medical case that promised to set a precedent for intergender activists. (06.02.2008)