The AfD accuses the domestic intelligence agency of stigmatizing the party. The far-right party is seeking to ban the agency from making public statements on a so-called "test case" investigation. 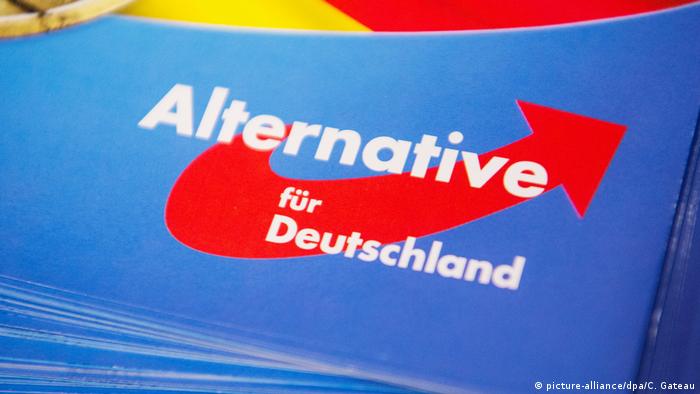 The far-right Alternative for Germany (AfD) has filed a lawsuit against the domestic intelligence agency.

The lawsuit, which the party filed at an administrative court in Cologne, seeks to ban the Office for the Protection of the Constitution (BfV) from publicly reporting on its decision to treat the AfD as a so-called "test case."

It accuses the BfV of among other things making "defamatory statements about a party" and violating "neutrality and objectivity." It also seeks a fine of up to €10,000 ($11,400) for each time the BfV made the statements.

The Süddeutsche Zeitung and public broadcasters NDR and WDR first reported on the suit.

Read more: Can Germany’s far-right AfD be subjected to surveillance?

The third-largest party in the German parliament said it sought legal action against the BfV because the publication of information about the test case decision had "stigmatized" the party.

In the absence of an official decision, the BfV lacks a legal basis for spreading "public-discrediting communication," according to AfD lawyers.

In January, the BfV announced it would treat the AfD's federal party as a test case, signaling it was worried about right-wing extremism within a party.

The categorization means the BfV can use open-source material to investigate whether the party poses a threat to the constitutional order. It does not allow the BfV to use undercover agents or other intelligence methods to collect information.

However, a test case is considered a possible precursor to full surveillance using all available intelligence gathering techniques.