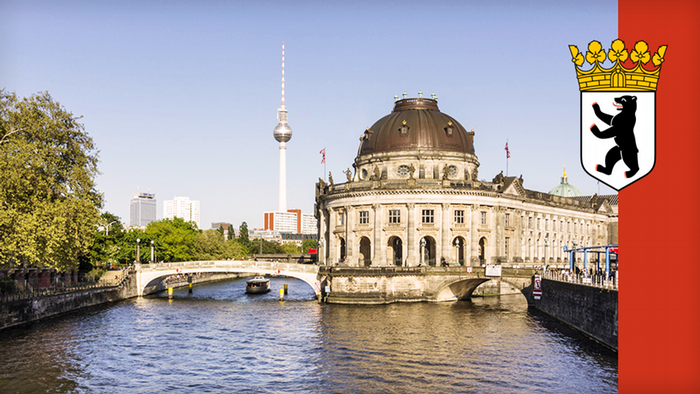 Berlin is the German capital but so much more as well

Berlin is a real tourist drawcard! In 2019, the German capital was visited by 14 million people — that's three times more tourists than Berlin has inhabitants. Then the coronavirus pandemic struck, and tourism to Berlin plummeted. Now, most of the sights, museums and hotels have reopened, and tourists are returning. There are many good reasons to visit Berlin.

Where was the Wall?

This is the big question tourists from all over the world ask. Built 60 years ago, the Berlin Wall divided the city into East and West for 28 years.   Check-in presenter Nicole Frölich walks the Berlin Wall Trail. From the Mauerpark to Check-Point Charlie, from Bernauer Strasse to the Eastside Gallery.

A look at the history of the Berlin Wall

Berlin museums preserve art and art treasures, history and knowledge. There are 170 on offer, in addition to numerous memorials and exhibition houses. All this adds up to a unique museum landscape that invites you to take a journey through the history of humankind.

Berlin is the only German federal state in which International Women's Day is a public holiday. The capital can also be explored from a female perspective 365 days a year. Nicole Frölich, presenter of the DW travel magazine Check-in, found this to be a completely new experience. Here are her tips.

One example of the city's rich cultural offerings is the Alte Nationalgalerie (Old National Gallery), built in the style of an ancient temple on Berlin's Museum Island. In the museum halls, the whole range of German art of the 19th century and the beginning modern age is displayed, with masterpieces such as "The Monk by the Sea" by the romantic painter Caspar David Friedrich.

From Reichstag to Bundestag

A visit to the glass dome of the Reichstag building is an absolute must for many Berlin tourists. But the building also reflects like no other the eventful history of Germany, from the Empire to the present day.

Unforgotten are the images from the night of November 9, 1989, when East and West Berliners embraced each other on the Berlin Wall in front of the Brandenburg Gate. Thirty years after the fall of the Berlin Wall, the famous gate is the symbol of the division and reunification of Germany — and one of the most photographed sights in Berlin.

Highlights in a 360-degree video

From the Reichstag building to the Brandenburg Gate, from Museum Island to Alexanderplatz: the largest and loveliest squares in the heart of Berlin.

Hot and spicy, that's how it has to be: the curry sausage, a Berlin invention. It was created during the occupation of Berlin after World War II: The Brits provided the curry spice, the GIs brought the ketchup and Berlin snack bar owner Herta Heuwer combined them into a sauce for bratwurst sausages. Ever since, the currywurst has been a cult favorite throughout Germany, but especially in Berlin.

The Humboldt Forum - A palace for Berlin and the world?

In Pakistan, heavy monsoon rains are threatening the archeological ruins of a 4,500-year-old city. Parts of the ancient Mohenjo Daro site have reportedly already been damaged.