Germany and the United States have won seats on the United Nations Human Rights Council in a closely-contested election. Groups have criticized the election process, saying many members have poor human rights records. 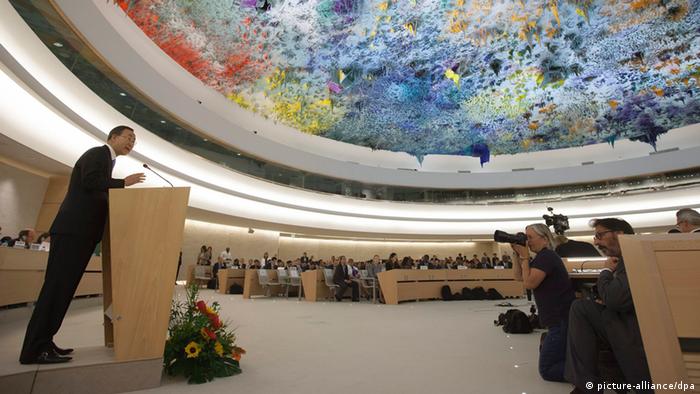 The US won 131 votes, Germany 127 votes and Ireland 124 votes in the elections held Monday at the UN's New York headquarters. Those chosen all received more than the required 97 votes from the 193-nation UN General Assembly.

"The election to the United Nations Human Rights Council is a sign of confidence for Germany and an endorsement of our consistent human rights policy worldwide," said German Foreign Minister Guido Westerwelle in Berlin.

"The Human Rights Council is for us the central international institution for the protection of human rights and for the furthering of human rights standards," he added.

Criticism for many members

The rights organizations condemned what they called "pre-cooked" arrangements from the continental groups, with most members being elected unopposed.

"To call the vote in the General Assembly and 'election' gives this process way too much credit," said Human Rights Watch specialist Peggy Hicks. "Until there is real competition for seats in the Human Rights Council, its membership standards will remain more rhetoric than reality."

The US received the most votes in its region despite earlier speculation that its bid had been submitted too late to be successful.

Several Western countries are vying for a seat on the UN Human Rights Council. Germany is pushing for a stronger Council, while hoping to remain an important player within the UN. (11.11.2012)

"We are happy and proud," said American Ambassador to the UN Susan Rice. "We are of the opinion that we can be more useful for human rights when we are in the council than if we stood on the side."

"We pledge to continue to work closely with the international community to address urgent and serious human rights concerns worldwide and to strengthen the council," said US Secretary of State Hillary Clinton in a statement.

Five countries vied for the three seats reserved for Western countries, with Greece and Sweden losing out.

Also elected to the council were Argentina, Japan, South Korea, Estonia and Montenegro.

The winners begin their three-year terms on January 1. It is Germany's second time on the council, having last served from 2006 to 2009.