"Germany licenses and exports weapons of war and armaments to countries affected by war and crisis, to countries with human rights violations and to regions of tension," the Peace Research Institute Frankfurt (PRIF) said.

A PRIF study examined the consistency of German arms export policy since 1990 and whether they adhered to the European Union's eight-point criteria when approving arms exports.

The EU criteria includes "respect for human rights and international humanitarian law by the country of final destination" and "maintenance of peace, security and stability in a region."

Germany has "repeatedly violated these criteria," the study said.

"German weapons are systematically appearing in war zones and in the hands of dictators," Greenpeace disarmament expert Alexander Lurz told French news agency AFP. "We urgently need a strict arms export law that prohibits exports to developing countries and puts an end to this deliberate, systematic undermining of export guidelines." 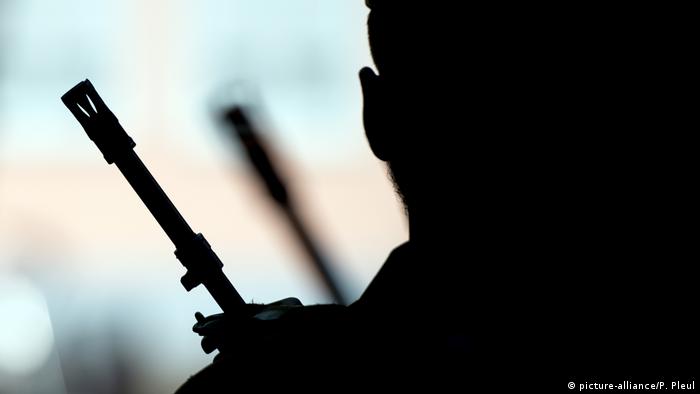 According to the study, there have been "wars fought with German weapons and serious human rights violations."

One example researchers cited was the September 2014 student protests in Mexico. Police violently attacked and shot students with G-36 assault rifles from the German company Heckler & Koch. The study also said German-made weapons are being used in the war in Yemen.

PRIF also said old stocks of the Bundeswehr armed forces and the former East Germany's National People's Army were partly transferred to countries that are neither EU nor NATO members.

"The general ban from 1971 on supplying weapons of war from Germany to non-NATO states has given way to a complicated set of rules consisting of laws, political principles and various procedures, which are supplemented by further regulations at European and international level," the study stated.

Since 1990, weapon exports to developing countries have been approved on a large scale.

"Such cases should actually be an exception, but with licensing levels of around 60%, they have become the rule in some years," the study said.

The authors called for a legally binding and standardized arms export control law, "which must then also be legally enforced so that German arms exports do not end up in problematic developing countries."

PRIF — one of Germany's largest peace research institutes — aims to analyze the causes of violent conflict around the world and share recommendations with policymakers.

"The whole control system is sick, no matter what coalition the government puts up," she told AFP.

Within the German federal government, the Ministry of Economics is the lead agency for arms exports.

Declining to elaborate further on the study, a ministry spokesman told AFP: "The federal government pursues a restrictive and responsible arms export policy."

Along with natural resources, arms exports are a key component of Russia's economy. In the last two decades, Moscow has managed to deepen its connection with Africa and became the biggest arms supplier on the continent. (29.05.2020)