The leaders of France, Italy and Germany urged "all foreign actors" to stop interfering in Libya and to respect the UN arms embargo on the country. The trio hinted at sanctions as a way to enforce their position. 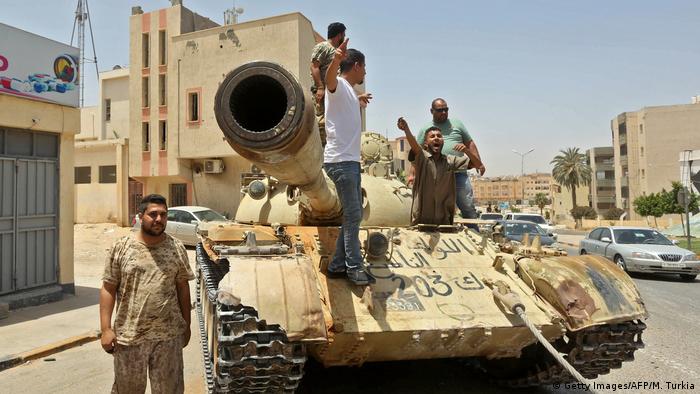 The three EU leaders called for an immediate halt to fighting in the North African nation, where a UN-backed government struggles for power against a rival administration backed by influential warlord Khalifa Haftar.

Both sides have allies beyond Libyan borders. Turkey has deployed troops to help the UN-backed government against Haftar, and France has accused Ankara of breaking the arms embargo. In turn, Turkey believes that the United Arab Emirates are supplying weapons to Haftar. Egypt is also among Haftar's allies, and the warlord also has connections in France and Russia. Italy and Qatar are seen as closer to the UN-backed government.

Merkel, Macron, and Conte called on "all Libyan parties and their foreign supporters" to end the clashes and stop the military build-up. They also urged the unspecified foreign governments to "end their increasing interference and to fully respect the arms embargo established by the United Nations Security Council."

"We are ready to consider the possible use of sanctions should breaches to the embargo at sea, on land or in the air continue," the leaders said in the statement, adding they were looking forward to top EU officials coming up with the "proposals" for the restrictions.

The statement, published as the leaders meet in Brussels for EU budget and recovery fund talks, marks a change in tone from Paris, Berlin and Rome.

International observers worry that Libya fighting could escalate to the level of the Syrian civil war, with various regional players waging proxy wars through their factions on the ground.  Last month, German diplomacy veteran Wolfgang Ischinger said the EU should "threaten military intervention" in Libya.