France calls out NATO over 'Turkey problem' as alliance meets

NATO defense ministers gathered amid a vocal argument between France and Turkey over a series of issues. France took issue with a naval incident in the Med, Turkey's support for one side in Libya's civil war, and more. 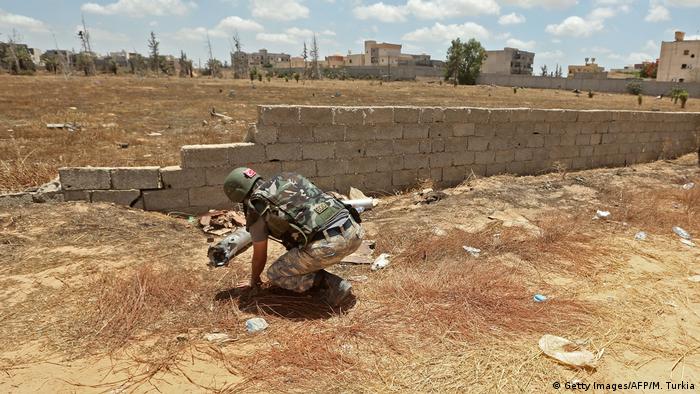 A French defense ministry official on Wednesday urged NATO to address its "Turkey problem," amid rising tensions over Libya and other issues. The comments came ahead of NATO defense ministers convening for two days from Wednesday.

"We have known complicated moments in the alliance, but we can't be an ostrich and can't pretend there isn't a Turkey problem at NATO. We have to see it, say it and handle it," said the official.

The two allies have traded barbs over the latest chapter of a decade of civil war in Libya, accusing each other of supporting opposing sides in the country's current power struggle.

On Tuesday, Turkey said France violated UN and NATO decisions by supporting the forces of military strongman Khalifa Haftar against the UN-backed Government of National Accord (GNA) – led by Fayez Sarraj.

Turkey: Refugees at the mercy of politicians

France's defense ministry on Wednesday accused a Turkish naval vessel of harassing one of its ships in the Mediterranean, saying its ship was trying to uphold the UN's arms embargo to Libya, and implying therefore that Turkey was trying to enable the delivery of weapons to the Tripoli-based government. France described the ship's actions as "extremely aggressive" and "unacceptable by an ally against a NATO ship."

According to the French account of the event several weeks ago, Turkish frigates carried out radar targeting three times, suggesting a missile strike was imminent, after French sailors carried out checks in the Mediterranean on a cargo ship that they suspected of breaking the embargo.

A senior Turkish official denied France's accusation, however, telling the Reuters news agency that "no such thing" had occurred.

The GNA, based in Tripoli, is backed by Turkey, Qatar and Italy — while the rival Libyan National Army, led by military strongman Khalifa Haftar, is supported by Russia, the UAE and Egypt. Although not formally partisan, France is thought to harbor more sympathy for Haftar than many in Europe.

In a move likely sour relations between France and Turkey still further, top Turkish officials paid an unannounced visit to the GNA in Libya's capital Tripoli on Wednesday.

Turkish Foreign Minister Mevlut Cavusoglu, Finance Minister Berat Albayrak and intelligence chief Hakan Fidan discussed with GNA head Fayez al-Sarraj the "latest developments in the crisis" in Libya and the "international efforts to resolve it," the GNA said in a statement.

The meeting also covered the "monitoring of the implementation of the military and security memorandum of understanding" concluded in November 2019 between Tripoli and Ankara, the statement added.

It was under this agreement that Turkey had reinforced its military support of the GNA, tilting the balance against Haftar.

Accusations during Wednesday's meeting did not stop with Libya. A French defense official, together with two allied diplomats, said on Wednesday that Turkey was dragging its feet over a defense plan for NATO in the Baltic and Poland.

"Turkey is refusing to accept these plans unless we recognize the PYD/PKK as a terrorist entity," a French defense official said. The PYD/PKK are the acronyms for the Syria-based Democratic Union Party and its Turkish counterpart, the Kurdistan Workers' Party. Turkey regards both groups as dangerous rebels.

Turkey began an offensive in the Kurdish stronghold of northern Syria, following the US withdrawal of 1,000 troops in October 2019. NATO countries say the incursion undermines the battle against Islamic State militants, with Kurdish fighters often the most capable allies to Western forces fighting IS in Syria and northern Iraq.

The Baltic and Polish defense plan – known as Eagle Defender – was drawn up at their request after Russia annexed Crimea from Ukraine in 2014. While it has no direct bearing on Turkey's strategy in Syria, NATO members are bound to protect one another, if one nation is attacked.

Meanwhile, Turkey launched an air and ground offensive against Kurdish militants in northern Iraq on Wednesday. The offensive is likely to increase friction with the Iraqi governments, both in Baghdad and the partly autonomous Iraqi Kurdistan region on the Turkish border. 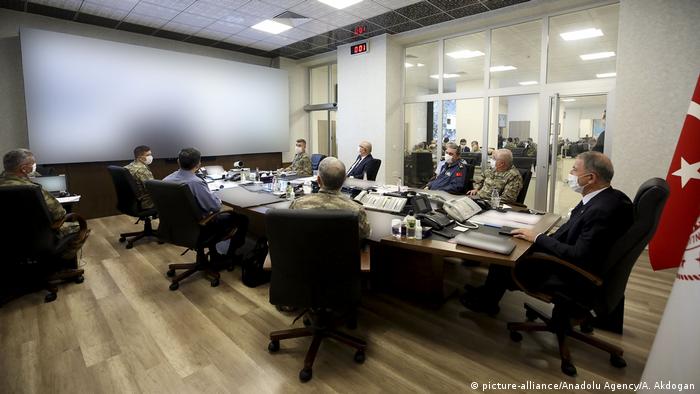 The operation was a response to "recent upsurge in attacks on our police stations and military bases" near the Iraqi border.

The Turkish military regularly carries out operations against the PKK in southeast Turkey and its rear bases across the border.

It came on the heels of Sunday's Operation Claw-Eagle that saw raids in the northern Iraqi territories of Kandil, Sinjar and Hakurk.

Iraq denounced this week's military operations by Turkey, calling them "a violation of sovereignty."

The air traffic in Tripoli was suspended overnight for "security reasons," as Libya's unity government battled to push back a rival group's offensive. Over 30,000 people have been displaced due to the latest fighting. (21.04.2019)