The air traffic in Tripoli was suspended overnight for "security reasons," as Libya's unity government battled to push back a rival group's offensive. Over 30,000 people have been displaced due to the latest fighting. 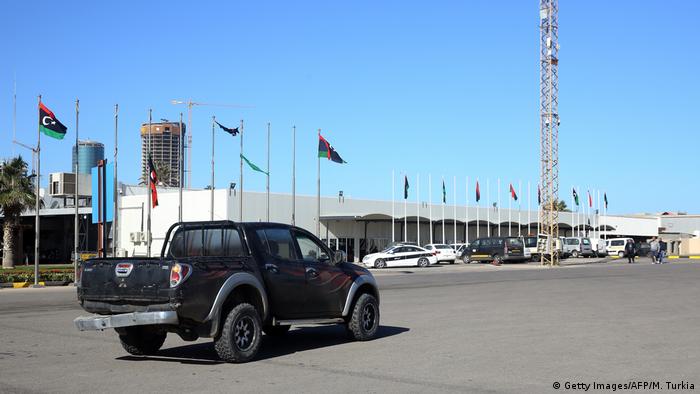 Authorities in Tripoli said Sunday that the only functional airport in the Libyan capital has been reopened after it was temporarily shut down due to an air strike in the city.

Galvanized by victories in the country's eastern and southern parts, Haftar launched an offensive earlier this month to seize the capital from the UN-recognized administration of Fayez al-Sarraj.

Mitiga airport, which was a former military airbase, was hit by an air strike on April 8 and has since only operated between 5:00 p.m. and 8:00 a.m. local time.

According to the World Health Organization (WHO), at least 227 people have been killed and 1,128 injured since the launch of Haftar's offensive.

More than 30,000 people have been displaced since the start of the fighting earlier this month, said the WHO.

The Tripoli-based Government of National Accord (GNA) announced Saturday it had launched a counterattack to push back Haftar's fighters.

"We have launched a news phase of attack. Orders were given early this morning to advance and gain ground," said Mustafa al-Mejii, a GNA spokesman.

On Friday, the White House said US President Donald Trump had called Haftar earlier in the week to acknowledge "Field Marshal Haftar's significant role in fighting terrorism and securing Libya's oil resources, and the two discussed a shared vision for Libya's transition to a stable, democratic political system."

The call came amid efforts by the UN to broker a ceasefire. On Thursday, the US and Russia opposed a UN ceasefire bid that was backed by the United Kingdom, France and Germany.

Libya has been in political turmoil since the ouster and killing of long-time dictator Moammar Ghadafi in a NATO-backed uprising in 2011.

As well as the rivalry between the GNA and the LNA, a myriad of militia have vied for control of key cities, alongside periodic jihadi activity.

The council has failed to agree on a joint call for a ceasefire in Tripoli, where rival militias have been fighting for two weeks. Germany, the current council president, has called for a meeting to discuss the conflict. (18.04.2019)