Award-winning Yemeni author has one hope: an end to the war

Bushra al-Maqtari has faced heady challenges on the front line of Yemen's war and as a woman in a patriarchal society. In an interview with DW, the writer and activist says the media and the UN have failed her country. 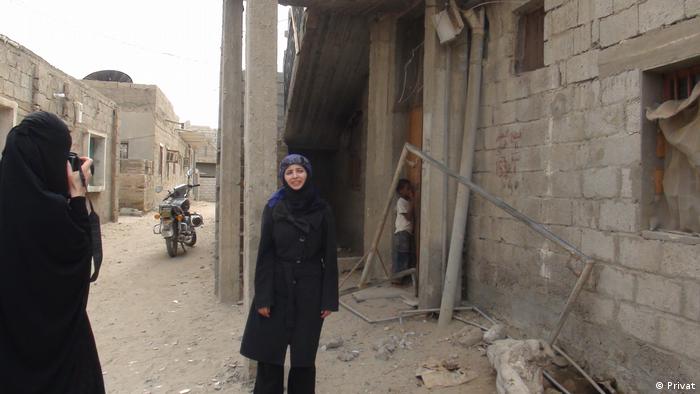 The killing of Nabil al-Quaety by a group of armed men outside his home in Yemen's interim capital, Aden, in early June underlined the precarious conditions in which journalists operate. They have been tortured, kidnapped, forcibly disappeared and faced death sentences. Some are still languishing behind bars. Journalists have likened working in Yemen's fourth estate to being caged or handcuffed. Others have just given up for fear of political reprisal.

But Yemeni novelist and activist Bushra al-Maqtari has continued to speak out despite the threats, intimidation and harassment. She has won several international awards for her writing, but more than anything else she is hailed as a progressive liberal voice in a deeply conservative society where women's literacy, access to health and human rights have been in persistent decline.

As one of the organizers, she led the anti-government protests in 2011 from Taiz in southwestern Yemen to the capital, Sanaa. Later, she wrote that "Allah didn't see us through those dark nights," referring to how former president Ali Abdullah Saleh's supporters targeted peaceful protesters by removing women's veils, headscarves and sexually threatening them.

Al-Maqtari's writing provoked a strong reaction from the establishment; Yemeni clerics issued a fatwa accusing her of apostasy and calling for her excommunication.

The place for her soul

Her book What you left behind? Voices from a forgotten war-torn country is an impassioned raw account of the displaced, widowed and orphaned survivors of Yemen's war and was published in 2018. Focusing on the resilience of victims, she deliberately excluded all political discussion: "It is politics and corruption that made them victims in the first place," she says, keen to empower the victims' voices instead of glorifying the perpetrators of crimes. 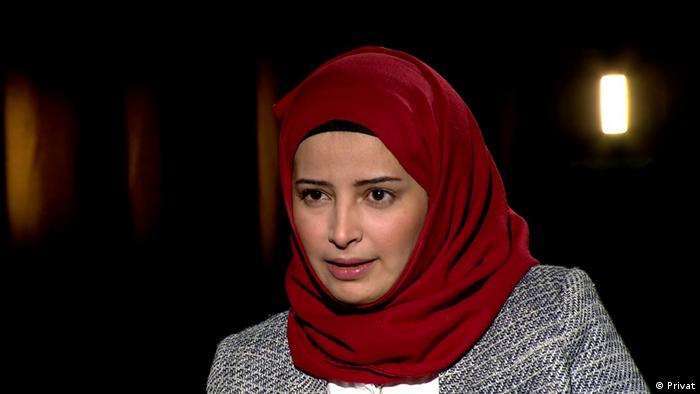 Al-Maqtari grew up in Yemen and Saudi Arabia, where her father worked for a time as a builder

The conflict has killed more than 112,000 civilians, and now COVID-19 is reported to have killed still more in the country. What al-Maqtari finds particularly alarming, as most Yemenis do, is the lack of transparency and the continued use of misinformation that has characterized the politics of the de facto authorities and militias in the north and south of the country throughout the five years of war.

She has had offers to relocate to Sweden and France but she believes Yemen is where "her writer's soul" belongs. "The pain that comes with alienating my country is greater than enduring the everyday difficult conditions," she says.

Al-Maqtari's award-winning 2012 novel Behind the Sun is a compelling depiction of forced disappearances in Yemen. She has also co-authored Southern Yemen under the Left with Lebanese intellectual Fawaz Traboulsi. Her writings, bold yet reflective of her disenchantment with Yemen's political echelons and economic uncertainties, have appeared in The New Arab, The New York Times, and Sanaa Center for Strategic Studies, among other journals.

From Yemen's own Abdullah Al-Baradouni to Fyodor Dostoeysky, Marcel Proust, Gabriel Garcia Marquez and Hannah Arendt, her literary influences are many. Nowadays she is rereading the works of Portuguese novelist and Nobel prizewinner Jose Saramago, whose imagination and views on life reflect the state of the current world order. 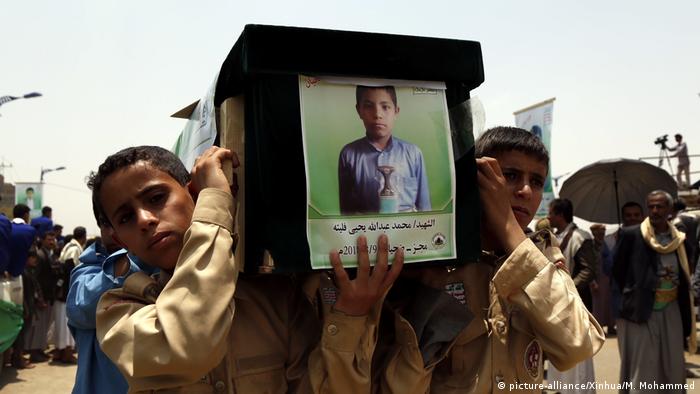 Her childhood oscillated between Saudi Arabia, where her father was employed as a builder, and Taiz, her hometown. Her exposure to the contrasting wealth and politics in both societies subsequently shaped her writerly preoccupations as an adult. In 1990, the Saudis expelled a million Yemenis following Saleh's support for Saddam Hussein during the Gulf War. Al-Maqtari's family returned to Taiz — a province rich with ancient mosques and cultural antiquities.

Recounting her early years, she says her childhood was happy despite Yemen's problems. It was incomparably better than what children there are going through today.

She was a withdrawn child and writing in her diary became an outlet for her. "Write my daughter, your roof is heaven," her father would say, encouraging her to write every day from noon until evening, a discipline she maintains today at 41. She spends her evenings with her husband, who listens to her read her works aloud — several decibels higher than normal, she says, due to her recent botched ear surgery.

When discussing the international coverage of Yemen's war, al-Maqtari says the media is supposed to hold up a mirror to society but has only paid lip service to different political sides, local and regional entities. "Perhaps, this is what hurts us the most as Yemenis."

"After we lost all hope in the Yemeni politician and the political elites, our hearts and eyes turned to writers, journalists and media to be our voice to stop the damage caused by failed leaders. A majority of them have turned into a whip in the hands of the politician after we saw them as a lifeline." 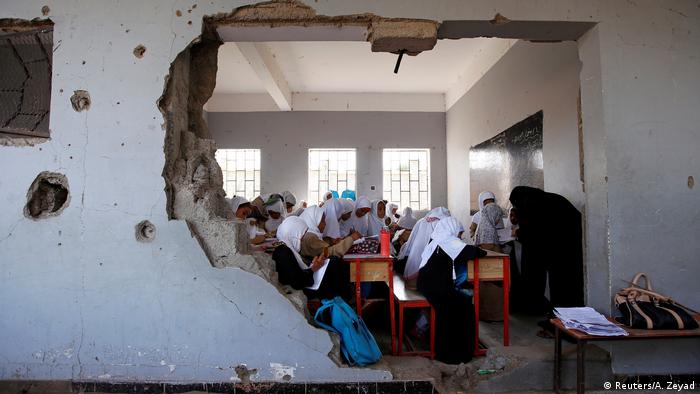 Girls attend class at their school, damaged by an airstrike

The lack of accurate international media coverage in Yemen has directly contributed to bad international policies at the expense of ordinary civilians in Yemen. This is also true of Syria, Iraq and Libya. Even before the war, al-Maqtari pointed out Yemen's reports lacked depth, humanity, and culture. The country was only seen through the prism of a global security threat — al-Qaida in the Arabian Peninsula.

When the war started in 2015, she wrote in The New York Times: "The international community must take stock of its responsibility in fostering this crisis." She has repeatedly called out the UN's failings, accusing the organization of pandering to different political sides and not holding them accountable.

"If you follow them [the UN]," she says, "you will see their actions are no different from the madness of politicians, and in many ways, they have orchestrated all of this — madness and corruption. In this regard, I can propose to the United Nations to change the status of its envoys in Yemen from 'UN envoy' to 'UN failure.'"

In the Times piece she asked, "Is there any hope left for Yemen?" Five years on, her views remain unchanged: "All hopes can only be built after stopping the war."

Just one day after the UN Secretariat omitted Saudi-led forces from a "list of shame," an airstrike killed four children. The UN is under pressure to acknowledge Saudi Arabia's role in killing and maiming children. (18.06.2020)

German doctor in Yemen: 'Every day I hear shooting outside'

Five years into the war in Yemen, there are so many guns in the country that Yemenis carry them "like others wear a watch — and they use them," according to Götz Gerresheim. (06.03.2020)