Where do German guns sold all over the world end up? The government is now checking that arms exports stay where they're supposed to - but only if the country that bought them agrees. Critics ask: what's the point? 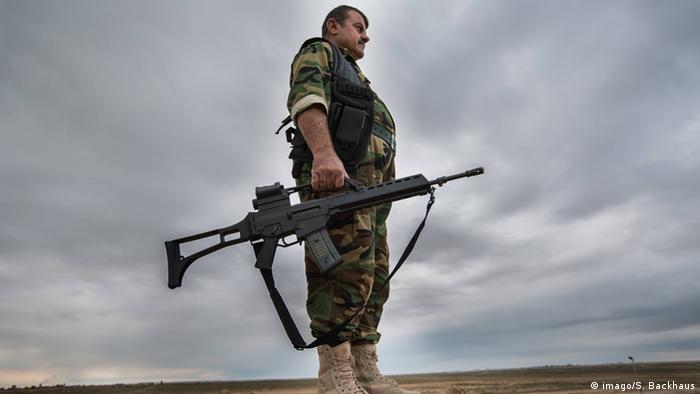 The German government is in the two-year pilot phase of a new initiative checking whether the country's arms exports really end up where they're supposed to - and if they stay there.

Andreas Obersteller, president of the Federal Office for Economic Affairs and Export Control (BAFA), told the Rheinische Post newspaper on Wednesday that his agency was currently running checks on buying nations outside the European Union and NATO (so-called "third countries"), and concentrating on the sale of handguns and rifles.

"We're checking whether the delivered weapons are still with the end-user," he told the paper.

The first of these tests - and the only one currently known about - is a spot-check in India of 30 sniper rifles a few weeks ago. All of them were found to be where they were supposed to be. In an email, BAFA told DW it was unable to provide details of any other spot-checks because they were "ongoing procedures."

The two-year pilot phase is based on an initiative begun in early 2016 by former German Economy Minister Sigmar Gabriel (currently foreign minister), who made reducing German arms exports one of his key issues. He failed: German arms exports rose to record highs during his tenure, reaching a total of 6.85 billion euros ($8.22 billion) in 2016. According to Swedish research institute SIPRI, Germany is currently the world's fifth-largest arms dealer. 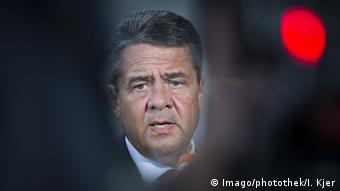 Where do the guns go?

The proliferation of guns, especially assault rifles, has has strongly exacerbated conflicts around the world, and German-made weapons have found their way into the hands of virtually every terrorist group and militia over the past 60 years, from the Red Army Faction to the "Islamic State" to Boko Haram.

"The principle is totally right - if you are going to export weapons, then you should check where you're selling them to," said Jan van Aken, Left party parliamentarian and anti-arms-export activist. "But it only has any value and purpose if you can impose random checks - on anyone."

"It's limited to countries that give their agreement - but which countries have agreed and by what criteria - the government hasn't told us that," he added. "If it's only the countries that agree - it's a complete paper tiger."

It would be easy enough for the government to force arms companies to build such a condition into all arms sales contracts, van Aken said, simply by refusing to approve any deals that did not include random spot-checks. A sanction would be equally easy to impose - if a country can't locate the weapon it was sold, it will receive no more.

Jürgen Grässlin, spokesman for the anti-arms trade campaign "Aktion Aufschrei - Stoppt den Waffenhandel!" ("outcry action - stop the arms trade!") said the need for buyers to agree to controls was a "huge weak point" in the initiative. "It will ruin everything if they don't get rid of it," he said. 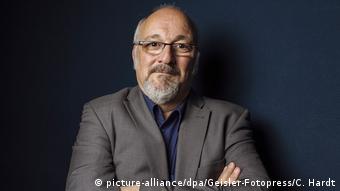 As Grässlin pointed out, the US and Israel already include such stipulations in their arms deals. "The Israelis and Americans traditionally always check the end use of their weapons, unlike Germany," he said. "They send delegates from their defense ministries and check whether the stocks are still there."

The veteran anti-weapons campaigner has long argued that Germany has virtually no control over the weapons it sells. He often dismisses the so-called "end-use declarations" - a promise that buyers have to sign to guarantee that the weapons will stay where they are supposed to - "not worth the paper they're printed on."

"Everyone took the paper, signed it with a smile, knowing that they wouldn't have to stick to it," he said. It has been proved that Turkey, to name just one example, sold on MP5 machine guns to the Middle East and Indonesia. According to the German government's export control principles, Turkey should not have been sold any more weapons before an investigation into how that had happened. No such investigation ever took place.

At the end of the 1970s, meanwhile, the German arms maker Heckler & Koch sold Saudi Arabia the license to manufacture its own G3 assault rifles (then the German army's standard weapon), and Riyadh promptly sold the guns into the civil war in Somalia. "Which they weren't allowed to do," said Grässlin. "They were supposed to ask the German government whether they could sell them on or not. And they would have said no, obviously. But instead of sanctioning Saudi Arabia, the German government agreed to sell it the license for the G36 rifle in 2008, too."