Rights advocates are urging Germany to use its hosting of an EU-China summit due in September to confront Beijing over repression. 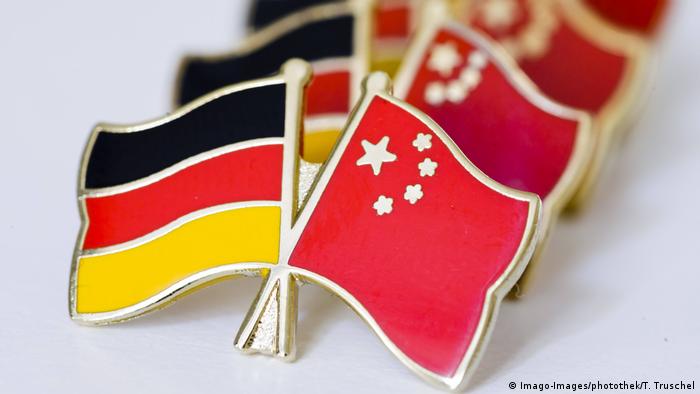 An EU summit with China due in Leipzig in September faces doubts, according to a report in the Süddeutsche Zeitung (SZ) daily on Monday.

Leipzig would be an "event of the EU under the presidency of the European Council of Ministers," the German government had told Greens parliamentarian Margarete Bause, adding diplomatically that it observed with "concern" a "weakening of international human rights standards" in China.

Bause, in her reaction to the SZ, accused Germany, which from July assumes the EU's rotating presidency, of pretending to be sitting at a "side table in Brussels."

Instead, Bause told SZ, Germany should use its "weight" within the 27-member bloc to broach China's "systematic human rights abuses, repression, total surveillance and censorship."

Amid speculation that the event could end up as a video conference, Nicolai von Ondarza, senior researcher at the German Institute for International and Security Affairs (SWP), had last month forecast that "many" topics such as a "green deal" on climate protection and digitalization would be "pushed back into the year 2021."

The chairman of the Bundestag's human rights committee, opposition Free Democrat Gyde Jensen, told SZ  that Chancellor Angela Merkel must make it clear to Chinese leader Xi Jinping that "for the EU human rights are not negotiable."

Querying China's role in the current pandemic should also be at the top of Merkel's agenda, she said.

Preparations for the Leipzig summit — billed by Merkel at January's Davos Economic Forum as a "first-ever" between China and Europe and focused on climate and trade — has since been put on "low flame," said the SZ, citing Brussels sources.

It went on to quote veteran German Green Reinhard Bütikofer, the head of the European Parliament's 37-member panel for relations with China: "Merkel will not be able to present many results" in Leipzig.

In climate protection, said Bütikofer, not much was happening, given that the UN-summit in Glasgow planned for November had to be been postponed.

And, given escalating trade spats between the United States and China, "Beijing cannot give Brussels anything that Washington would immediately demand for itself," added Bütikofer.

During September's Leipzig summit "clear text" must be spoken, including, said Hardt, German insistence that China transparently disclose the source of the corona crisis in Wuhan.

China's exports jumped 3.5% in April, with the country exporting millions of tons of medical products. But with demand in the EU and US likely to crash this year, the figures may mask a more complicated picture. (07.05.2020)