Germany to repatriate thousands of Kosovo refugees | Germany | News and in-depth reporting from Berlin and beyond | DW | 14.10.2009

A deal to be signed soon between Germany and Kosovo will pave the way for the return of thousands of refugees, many of them Roma gypsies, who fled the Balkan wars of the early 1990s. 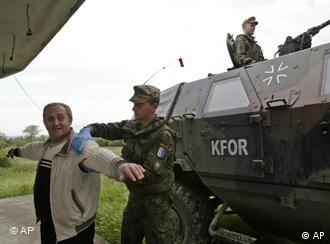 The German interior ministry has said that a repatriation agreement for Kosovo refugees will be signed within weeks. A ministry spokesman, Stefan Paris, said in Berlin on Wednesday that the accord to be signed with the government in Pristina met all international standards for handling refugees and that all humanitarian aspects had been considered in the decision.

"Let me emphasize that the accord only affects people who have already been told that they don't qualify for any form of long-term or permanent residence status," Paris said.

The German government came forward with the announcement following a parliamentary question raised by the Left party, which has expressed concern that minorities are discriminated against and persecuted in Kosovo. Many of the refugees are Roma, also known as Gypsies.

Ulla Jelpke of the Left party said the Roma have few prospects in Kosovo. Many of the young people were born in Germany and Germany is their home. Unemployment among Roma in Kosovo, she said, is close to 100 percent. "The open racism in the population in Kosovo is not conducive either," Jelpke said.

The bilateral agreement would stipulate that Kosovo accepts all people who hold identity documents or who had previously lived in the region, according to a report by the German daily Sueddeutsche Zeitung. 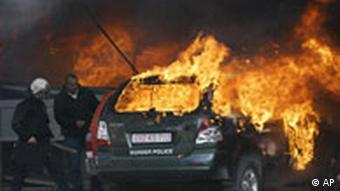 Currently, there are more than 14,000 officially registered refugees from Kosovo living in Germany, including 10,000 Roma, all of whom are required by law to leave the country once their home region no longer presents a danger to life and limb.

The German interior ministry has pledged to pursue a maximum of 2,500 repatriations per year to ensure that Kosovo is not overburdened by a sudden influx of returnees. Stefan Paris said the repatriation program would probably take "about 10 years to complete."

Last year, 900 Kosovars returned to the region. Similar programs have been carried out in the past for refugees from Bosnia-Herzegovina.

The ministry said that ethnically-motivated violence in Kosovo had declined significantly since the breakaway Serb province gained independence in February 2008, and is therefore encouraging people to return by paying them 750 euros ($1,120) plus travel expenses.

The UN refugee agency, UNHCR, after visiting the region earlier this year, said that Kosovo was still susceptible to ethnic tensions and that living conditions were poor. The agency recommended that refugees return on a voluntary basis only.

Bulgarian authorities have detained former Kosovo Prime Minister Agim Ceku who is wanted in Serbia on war crime charges. Bulgarian police arrested him as he crossed Bulgaria’s border with Macedonia. (24.06.2009)

The refusal of Kosovo's ethnic Albanian leadership to ensure minority rights is driving out many non-Serb minorities, a new human rights report says. (27.05.2009)