A year after a law requiring gender parity for candidates in parliamentary elections was introduced in the German state of Thuringia, a court ruled the law unconstitutional. The far-right AfD party claimed a "victory." 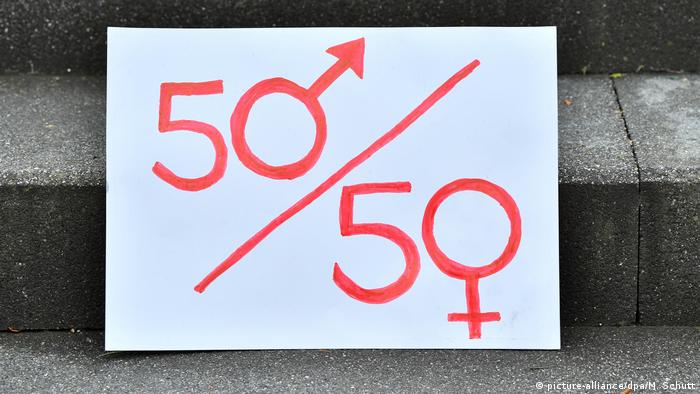 The constitutional court of the German state of Thuringia removed a law Wednesday that required gender parity among election candidates for the state parliament. The court decided that the law, which required voting lists to have an equal number of men and women, was unconstitutional.

The decision marked a win for the far-right Alternative for Germany (AfD) party and a defeat for the Left party, which had championed the policy. The rule was introduced one year ago by a ruling coalition of the Left, the Greens and the center-left Social Democrats.

The head judge of the constitutional court said the rule affected the freedom and equality of voters. Six judges voted to remove the law, with three against.

"This is a defeat for the equal participation of women in politics and in parliament," she said. The Left party maintained that parity does not mean any limitation on democracy.

Federal criticism of the ruling

The federal minister for women and families, Franziska Giffey, is among those at a nationwide level who have expressed their "regret" at the decision.

"For Thuringia and for the discussion at a federal level, and in other states, it is vital to realize to what extent constitutional changes will be possible in the future to allow for parity laws," the Social Democrat politician told DPA news agency. 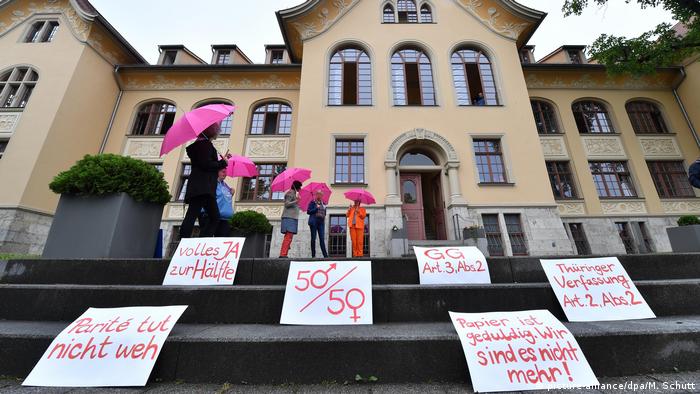 Protesters call for gender parity to be maintained in Thuringia

The ruling means that parties are free to field as many candidates of any gender in elections going forward. The next state elections will be held in 2021, after elections in late 2019 ended with inconclusive results, causing a crisis for the state when the Christian Democrats briefly sided with the AfD to elect a president. Chancellor Merkel called the move "unforgivable" at the time.

The other former eastern German state of Brandenburg was the first to introduce a similar gender parity law in January 2019. Their constitutional court is set to deliver a ruling on whether the law will remain intact in August.

Thuringia could become the first state to completely lift restrictions aiming to slow the spread of coronavirus. State premier Bodo Ramelow has triggered a heated debate on whether this is a sensible local response. (25.05.2020)