The move will not transform the CDU into a feminist party. But might finally bring it into the 21st century. Some party members, however, still don't seem ready for the step, says Leonie von Hammerstein. 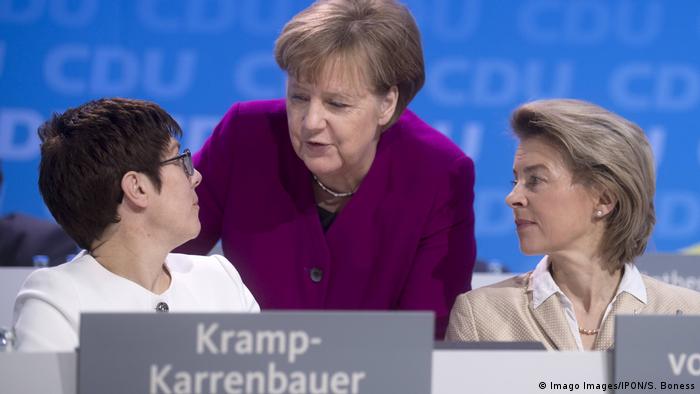 It feels like everything's been said about gender quotas in Germany. After all, the Greens first introduced one in 1986, and the Social Democrats followed suit in 1988. Also, the German parliament passed a mandatory gender quota for publicly traded company's supervisory boards in 2015.

That explains why so few people got excited when the country's governing Christian Democrats on Wednesday decided they, too, would finally introduce a gender quota for party positions and political mandates. The party, which considers itself the country's "last catch-all party," plans to gradually introduce the quota until 2025.

Better late than never, one might remark. And hopefully, we're all on the same page that a quota was very much overdue. But some old, male members of the Christian Democrats' ultra-conservative "Values Union" faction don't seem to think so.

They claim the party needs a quota that favors competence, rather than gender, so to speak. And in an interview, the party's pro-business council stressed that the Christian Democrats already have a female chancellor and a female president of the European Commission. What more, they were implying, do you want? 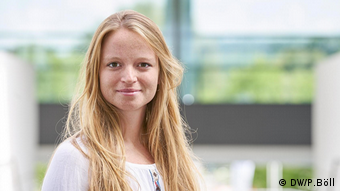 But remarks like these underscore just how urgently the party really needs a gender quota. Some party figures seem to think that having Chancellor Merkel and Ursula von der Leyen as party members isn't an argument for supporting more female lawmakers. In fact, these critics seems to be implying there already are enough women in charge.

It's no surprise that rank-and-file Christian Democrats are have expressed misgivings about the planned quota. After all, the average member is 60 years old and, you've guessed it, male. The party has 195 male and just 51 female MPs in the Bundestag.

All three candidates vying for party leadership are men. Naturally, conservative parties are reluctant to change. But if parties flat-out refuse to go with the times, they'll eventually hit a wall.

It would be a shame for the Christian Democrats to remain stuck in the past with the 2021 parliamentary elections coming up. For the first time in 15 years, Chancellor Merkel will not be there to lead the party to success.

Merkel, ironically, never labeled herself a feminist, probably also because rank-and-file party members would have disapproved. In any case, the upcoming elections could prove challenging for the party as it tries to appeal to young voters, and women in particular. A majority of them — as the last European elections made clear — now side with the Greens.

The party leadership has seemingly understood it must move ahead. But it's also clear the party now has to face an internal debate over the nature of equality. A gender quota will not make the party more feminist. Especially, when it is introduced gradually and attached to certain conditions.

The quota is merely a means to generate a critical mass of women in politics, so that they can eventually help pass laws that actually benefit women.

Will this achieve real, political representation for all? No. This will only be achieved if we apply an intersectional perspective and consider the manifold forms of discrimination people experience based on their skin color, ethnicity, abilities and sexual orientation — and reflect on how these forms of discrimination interconnect.

But such awareness is too progressive for the Christian Democrats at this stage. So as a first step, let's hope it will adopt the gender quota at the December party conference — though it's not at all clear if the delegates will vote in favor.

EU could give Russians 'humanitarian' visas only, Lithuanian FM says 33m ago

Opinion: India's 75th anniversary — from snake charmers to a global superpower 15h ago