Thuringia could become the first state to completely lift restrictions aiming to slow the spread of coronavirus. State premier Bodo Ramelow has triggered a heated debate on whether this is a sensible local response. 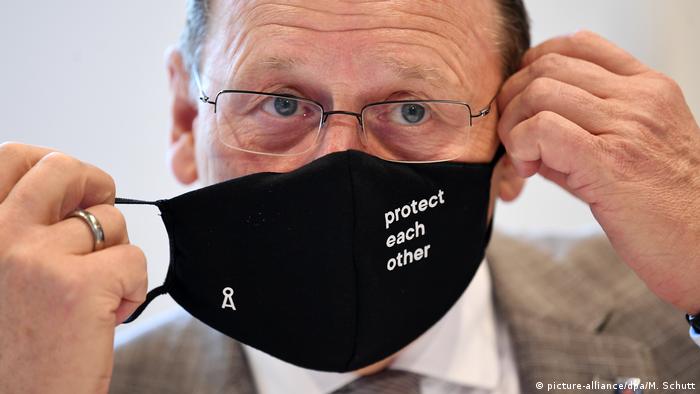 With the number of new cases in Germany falling, debate over relaxing restrictions to slow the spread of COVID-19 is increasing. The current coronavirus restrictions — which are regulated by individual states — are in place until June 5. As Germany's public health institute RKI is warning of a second wave of infections, the expectation has been that they would, in some fashion, be extended everywhere in Germany — or only slightly relaxed.

But the eastern state of Thuringia is going one step further.

Thuringia State Premier and Left Party politician Bodo Ramelow (pictured above) has announced to lift all general restrictions on June 6.

Instead of rules, Ramelow wants only recommendations and reminders: No more compulsory mouth and nose covering, no more minimum social distance of at least 1.5 meters. A rise in the number of new cases, however, would trigger fresh restrictions.

As of Monday, May 25, Thuringia has registered only 2,882 cases and 154 deaths in connection with COVID-19, reporting 118 new cases in the last seven days.

"Success has proven us right in introducing tough measures," Ramelow told local papers in Thuringia over the weekend. "But it now also forces us to take realistic measures and act," he said, calling for a more localized response to the number of new cases.

The move has prompted criticism and concerns of a "mass experiment" in the eastern state. 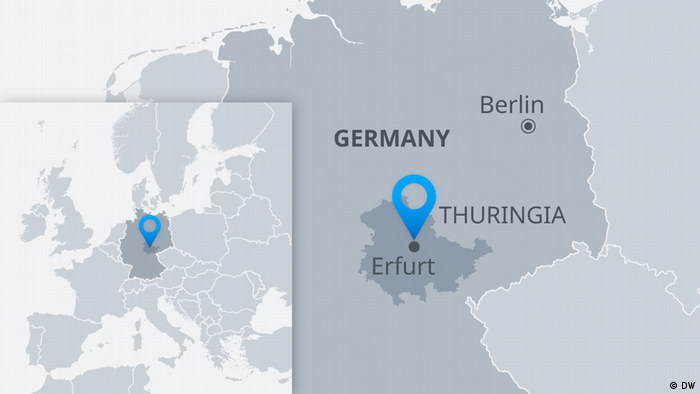 What is special about Thuringia?

Once part of former East Germany (GDR), the state of Thuringia is today home to only 2.15 million people - making it the fifth smallest German state by population and one of the most sparsely populated.

Thuringia, like its neighboring eastern states, has been less affected by COVID-19 than western and southern parts of Germany which became coronavirus hotbeds.

Hajo Zeeb from the Leibniz Institute for Prevention Research and Epidemiology has pointed out possible reasons for the slow spread of SARS-CoV-2 in Thuringia.

One factor is age: almost a quarter of Thuringia population is over the age of 65. "We often assume that age is a risk factor for serious illnesses," Zeeb told the German Press Agency, dpa. "That is also true, but in the beginning the spread (of the novel coronavirus) tended to be among younger people."

A high proportion of older, less mobile people in a society could therefore slow down the spread of the virus.

Thuringia's lack of economic pull and largely rural landscape, too, has been to the state's advantage. With just 132 inhabitants per square kilometer, it's among Germany's least densely populated states.

Another contributing factor could be the socio-economic status in eastern states. In wealthier regions like Bavaria, Baden-Württemberg and Hamburg, the virus was brought back by German holidaymakers from ski resorts such as Ischgl. Such reports from eastern German states were less common. "Extensive winter vacations can be made in particular by people who have more money," said Zeeb. On average, salaries in eastern parts of Germany are lower than in western regions.

Germany: Learning to live with the pandemic

Thuringia's plans to drop restrictions has been largely met with criticism from around Germany.

"This is clearly a mistake," Social Democrat (SPD) MP and epidemiologist Karl Lauterbach told regional newspaper the "Saarbrücker Zeitung." Thuringia is questioning the very measures "to which we owe all the success at the moment," he said.

In the Germany daily Bild, conservative member of the Bundesrat — Germany's upper house of parliament — Florian Hermann spoke of a "highly dangerous experiment." For his native Bavaria, which lies on Thuringia's southern border, Hermann said the situation would be "particularly problematic."

Thuringia's eastern neighbor Saxony, however, seems set to make a similar move. "If the number of new infections remains stable at a low level, we are planning a paradigm change for the period from June 6," Saxony's Health Minister Petra Köpping (SPD) told local daily, Leipziger Volkszeitung on Monday.

The decision to drop restrictions would largely depend on the whether "people take responsibility," she continued.

The final decision to end social distancing or the requirement to wear masks in public places, should not be up to the individual states, but "should be decided jointly” at the national level, Köpping said.