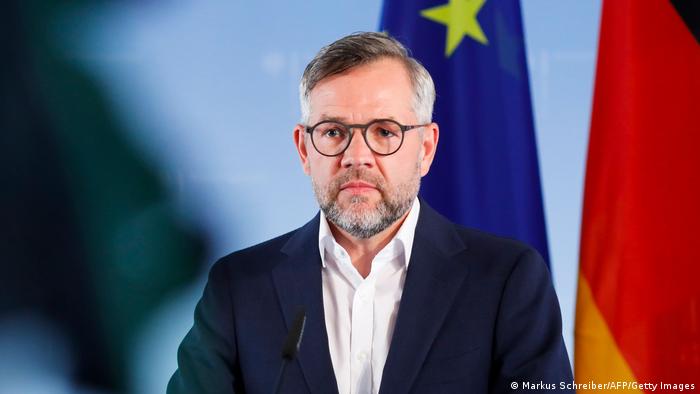 German Minister of State for Europe Michael Roth said Britain's plans to override, or at least give itself the scope to override part of the deal it made with the EU in December, jeopardized the chance of a post-Brexit trade deal.

Prime Minister Boris Johnson is pushing ahead with legislation to bypass the EU-UK Withdrawal Agreement. His government says it is necessary to prevent disruption to trade between Northern Ireland and the rest of the UK, but admits that using the powers might breach international law in a "limited and specific way."

"Dear friends in London: Stop the games. Time is running out," said Roth ahead of a meeting of EU countries' ministers for European affairs in Brussels on Tuesday. "What we really need is a fair basis for negotiations."

The withdrawal deal effectively put a customs border for goods between Northern Ireland and the rest of the UK. The EU wants to make sure the open border on the island of Ireland is not used as a back door for goods that do not adhere to the rules of the bloc's Single Market.

Roth said the new UK legislation known as the Internal Market Bill, which could see this abandoned — was totally unacceptable.

"We are really, really disappointed about the results of the negotiations so far," Roth said. "This so-called Internal Market Bill is extremely worrying for us because it violates the guiding principles of the withdrawal agreement. And that's totally unacceptable for us."

Meeting as clocks ticks down

Without a deal, chaos is expected at the borders between the EU and UK on January 1, when the present transition agreement between Brussels and London expires. Companies on both sides of the English Channel are set to lose massive amounts of money as new red tape and tariffs are introduced.

EU Commission vice-president Maros Sefcovic said he would meet senior British minister Michel Gove — just ahead of an end-of-the-month deadline from Brussels for the UK to abandon the Internal Market Bill.

The UK left the European Union as a political institution on January 31, and is set to leave the Single Market and Customs Union at the end of the year — meaning that as yet, very little has changed in how it trades with its neighbors despite the change in political status.

The two sides are still divided on rules for a "level-playing field" of fair competition between companies, on state aid or subsidies for companies, and on access for EU fishing boats to British waters.