Authorities had planned to probe the scale of ethnic profiling after a lawmaker claimed that "latent racism" exists in German police ranks. The proposal followed a wave of protests in the US against police brutality. 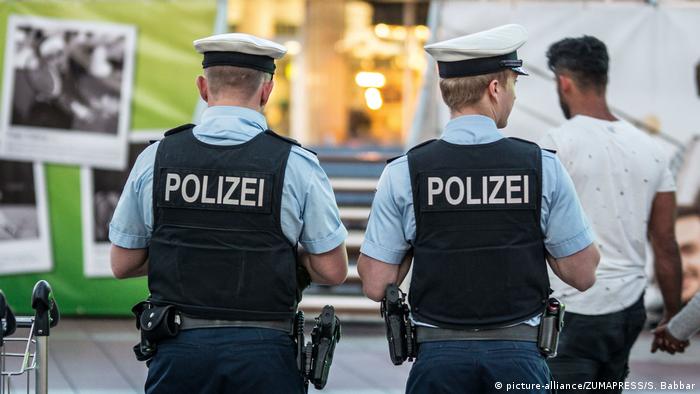 According to the Zeit Online news portal, the ministry decided to drop the study, which was in the "conceptual development" stage, and cited Interior Minister Horst Seehofer as saying there is no need.

Following waves of protests in the US and elsewhere in response to racism and police violence, Germany's Justice and Interior Ministries last month formulated plans for the research to get an overview of the scale of the issue.

On Sunday, a spokesperson for the Justice Ministry refused to comment on the media report but referred to an earlier statement, which said that the study is an important step to understand the phenomenon and discuss possible countermeasures.

According to Zeit Online, Seehofer believes that as racial profiling by the federal police is prohibited, it does not have to be separately examined.

Instead, stop-and-search checks must be carried out without discrimination, the spokesperson said.

The spokesman insisted that incidents of racial profiling in Germany are exceptional cases.

Read more: US pays respects to George Floyd at funeral in Texas

The study on racial profiling was demanded by Saskia Esken, one of the co-leaders of the center-left SPD, who claimed there was "latent racism in the ranks of the security forces."

"Tens of thousands of protesters stood up around the world because the violent death of George Floyd [in the US] during a police operation was not an isolated case," Esken told the Funke Mediengruppe in an interview last month. "German protesters are, meanwhile, interested in the situation on their own doorstep."

While pointing to the alleged racist bias against minority groups, Esken also noted that the majority of police officers were very critical of such tendencies. She advocated setting up an independent office that would look into complaints against police behavior.

According to the Welt am Sonntag newspaper, Seehofer also rejected the demand for an independent office at the federal level to investigate complaints against police.

Lambrecht, who is part of Esken's SPD party, also said she did not see "a particular, structural racism problem" in police forces in Germany.

Conservative Friedrich Merz, who hopes to take the reins of Angela Merkel's center-right CDU party, said that there was no "latent racism" in the police and said it was "unreliable, to transpose images from America one-on-one to Germany."

The US had a history of slavery and had failed to solve "the problem of racial discrimination," but it was different in Germany, Merz claimed.

In 2018, however, a German judge ruled that authorities could use skin color as criteria for their work in cases "when the police have concrete indications that persons with darker skin incur criminal penalties over-proportionally more often" in a certain area.