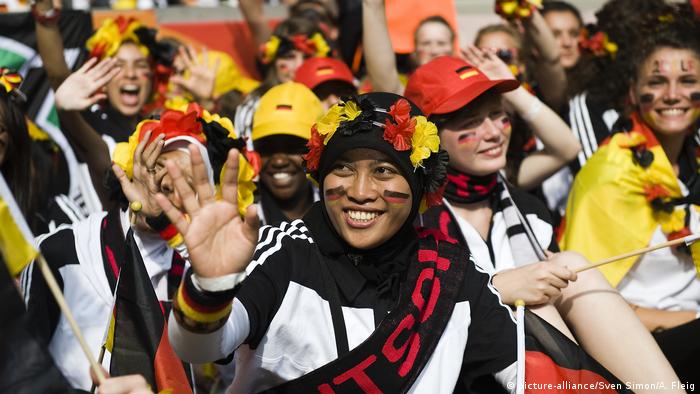 Berlin became the first German state to pass its own anti-discrimination law on Thursday, with a majority of state lawmakers approving the law.

People can also not be discriminated against based on a lack of German language skills, a chronic illness, or on their income, education or occupation.

Under the law, victims are entitled to damages and compensation. Public authorities also have the opportunity to dispute claims of discrimination.

Although the law has been in the works for weeks, it's taken on a new dimension in light of the anti-police brutality and anti-racism protests that have erupted in the United States and spread around the world — including Berlin.

Why did they pass the new law?

The new law in Berlin goes further than the current federal General Equal Treatment Act (AGG) which was passed in 2006.

The federal law explicitly covers discrimination in employment and between private citizens, but "does not apply to the areas governed by public law," the Federal Anti-Discrimination Agency said in a guide to the law published last year.

The agency noted, however, that "discrimination is still prohibited in this context" since Germany's constitution (or Basic Law) requires that citizens are "protected against discrimination both by and from the State."

Berlin's governing coalition — comprised of the center-left Social Democrats, the Left party and the Greens — argued that the current law did not go far enough and that the new state rules help to close a legal gap.

"We must stand with the police and not place them under general suspicion," Seehofer told the Tagesspiegel newspaper last week.

"It's about, for example, the practice of racial profiling where the police don't look and observe how someone is behaving regardless of their skin color or their gender," Behrendt told local public broadcaster rbb.

The "vast majority" of police officers and other public servants do not want to discriminate and do not act in a discriminatory manner, Behrendt said. "For them, the new law doesn't change anything."

In March, the Council of Europe urged Germany to step-up its anti-discrimination efforts, including calling on Germany's police to participate in a study on racial profiling.