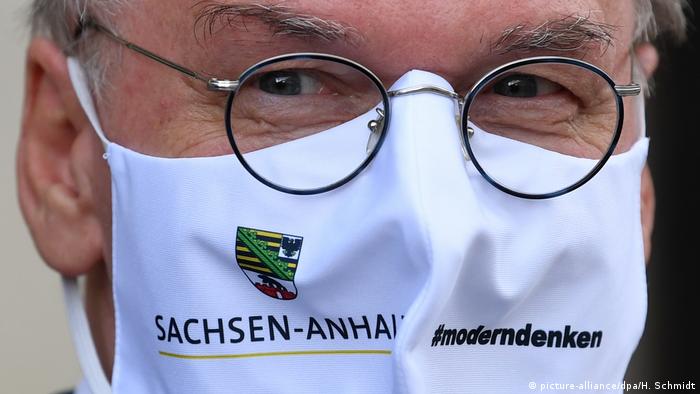 A political crisis has erupted in the eastern German state of Saxony-Anhalt that could see the state's governing coalition collapse.

Tensions came to a head on Friday when State Premier Reiner Haseloff fired his interior minister, Holger Stahlknecht, over remarks he had made to the press.

Haseloff is a member of Chancellor Angela Merkel's conservative Christian Democrats (CDU) and is in a governing coalition with the center-left Social Democrats (SPD) and the environmentalist Greens.

Later on Friday, Stahlknecht quit his post as the leader of the CDU in Saxony-Anhalt.

How did the fight begin?

The spat concerns a planned raise in Germany's public broadcasting fees, the Runkdfunkbeitrag or "licensing fee." The fee is set to be increased by 86 cents with households in Germany set to pay €18.36 ($22.30) per month in the future.

Some CDU state lawmakers as well as the far-right Alternative for Germany (AfD) have opposed the raise. Their votes would be enough to block the measure when it comes up for a vote in the state's parliament later this month.

The SPD and the Greens have said if the measure is vetoed, they could pull out of the coalition government, causing it to collapse.

Why was the interior minister fired?

Haseloff's dismissal of the interior minister, and Stahlknecht's subsequent resignation as party leader, only served to reinforce rumors of a power struggle within the CDU.

The state premier's office said the decision to dismiss Stahlknecht, who is also a member of the CDU, came after he remarked to the press that the CDU could continue to rule in a minority government — which would likely require the support of the AfD — should the other coalition partners pull out.

He also said the CDU's position on the broadcasting fees had been clearly communicated and "would not change" just because the AfD happened to agree with it.

On a national scale, the CDU has a zero tolerance policy for cooperation with the AfD. But in eastern states where the AfD is stronger, avoiding this has proven more difficult. Stahlknecht sought to argue that agreeing on an individual issue need not constitute cooperation. 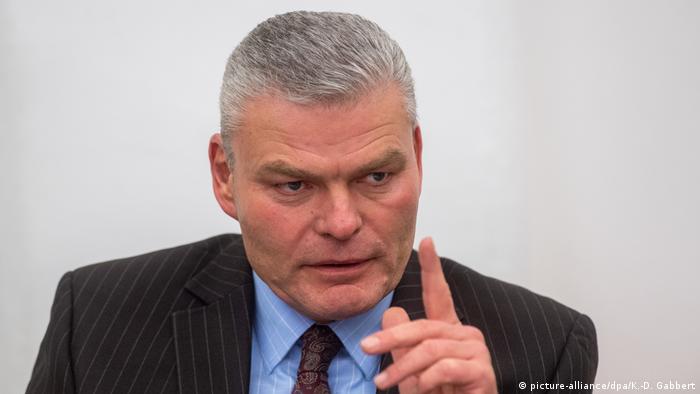 Stahlknecht's firing has raised speculation of a CDU power struggle

Saxony-Anhalt is due to hold its state parliamentary elections on June 6 next year, but the current political upheaval means an early election is likely.

An early election could be politically problematic. The latest polls show a rise in support for the far-right AfD, putting it in second place, while the CDU and SPD have seen their figures drop.

An early election could also pose logistical problems during the coronavirus pandemic, as cases are expected to continue rising through the winter months.

The hang-up in Saxony-Anhalt has also delayed the implementation of the public broadcasting fees nationwide, as all of Germany's 16 states must agree to the measures before they can go into effect.