Germany's top court has ruled a monthly fee levied on every household to fund public broadcasters is constitutional. The fee brings in €8 billion a year and has had its critics, and its supporters. 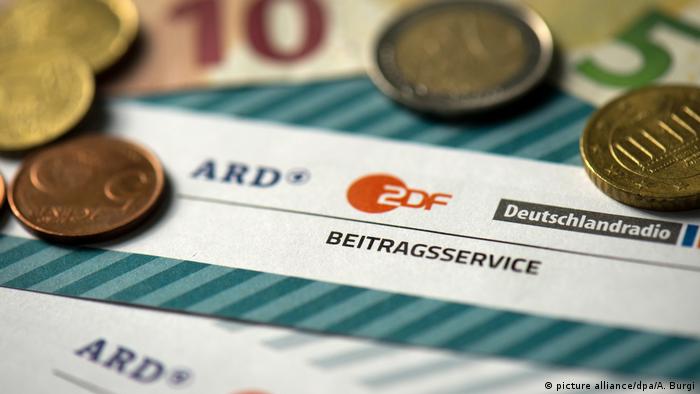 A monthly fee levied on every German household to fund public broadcasters is legal, with one exception, the Federal Constitutional Court ruled on Wednesday.

For years, critics have lashed out at the monthly fee to support public broadcasters and finally brought their case to the top court.

The Karlsruhe-based court ruled that the fee was justified by the broad programming options offered and was levied "specifically for the financing of public service programing that is fundamental to democracy."

However, the court upheld one complaint and ruled for a single exception. It deemed levying the fee more than once on owners of a second home was illegal. Th court ordered new rules to be drawn up by 2020 and in the meantime owners of multiple properties are no longer liable to pay the levy more than once.

What is the broadcasting fee?

Every house or apartment must pay a monthly fee of €17.50 ($20.35) to support independent public television and radio stations.

Prior to 2013, the fee was charged according to the number of radio, television or computer devices per household. However, this fee model became too difficult and intrusive to enforce.

Since 2013, the fee has been levied regardless of the number of people in a household or whether the house or apartment has a television, computer device or radio.

Commercial businesses are also charged for property and according to how many employees they have. They must also pay one-third of the licensing free for each car – an issue that has angered rental car companies.

Why is it controversial?  The plaintiffs argued that the fee amounts to a hidden tax imposed illegally by the German states through state treaties, and thereby oversteps their remit because they have no authority to levy taxes. In addition, at issue was the question of "equality before the law" in Germany's Basic Law, because the fee is not charged on actual use or the number of people using the service within a house.

A third question before the court was on the legality of charging the fee to commercial enterprises. 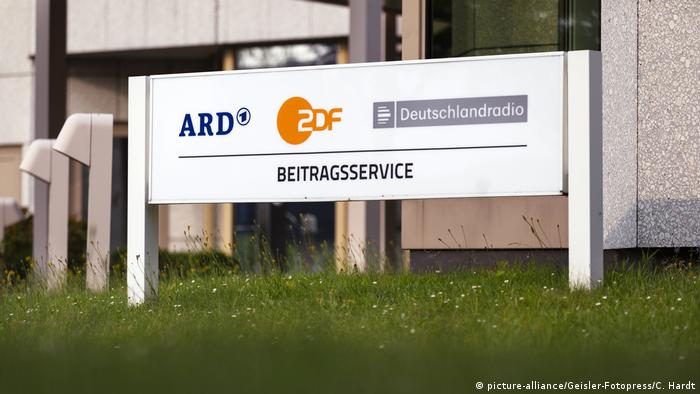 What was the court asked to rule on?  The court was not asked to rule on the legality of public service broadcasters or whether the fee itself is constitutional — that has already been accepted. Rather, the court ruled on how the fee is collected, that is, whether every household should be equally charged.

The court chose four representative complaints out of the many that have been lodged. Three were from private individuals and one was from the rental car company Sixt.

The court also ruled that given that public broadcasting can be accessed by television, radio, computer, smartphones and tablets, it was not practical to charge per device.

It also found that even if a household does not use public broadcasting, they have a "realistic ability to use" it.

The court also said the legislature had "wide discretionary scope" to fix the monthly fee and that the rate was not excessive given the wide range of programming.

For example, in the case of Sixt car rental, the court said those in cars benefit from traffic updates on the radio and can listen to public broadcasting. In addition, radio in the car is also factored into the price of the rental price and therefore Sixt benefits financially, the court said.

Claudia Neumann made history during the World Cup as the first German woman to commentate live on the men's matches. After receiving "extremely derogatory remarks" online, public broadcaster ZDF is taking legal action. (30.06.2018)

Germany's highest civil court has ruled that the online ad blocker AdBlock Plus doesn't violate competition laws. Axel Springer is the latest of several German media companies to bring a case against developers and lose. (19.04.2018)

Experts in Germany had been unsure about whether recordings of car accidents by dashcams contravened data protection laws. The Federal Court of Justice in Karlsruhe has provided clarification. (15.05.2018)

Four German teachers took their demand to be allowed to strike to the highest court in Germany, only to face defeat before the judges in Karlsruhe. Public officials cannot go on strike, said the Constitutional Court. (12.06.2018)